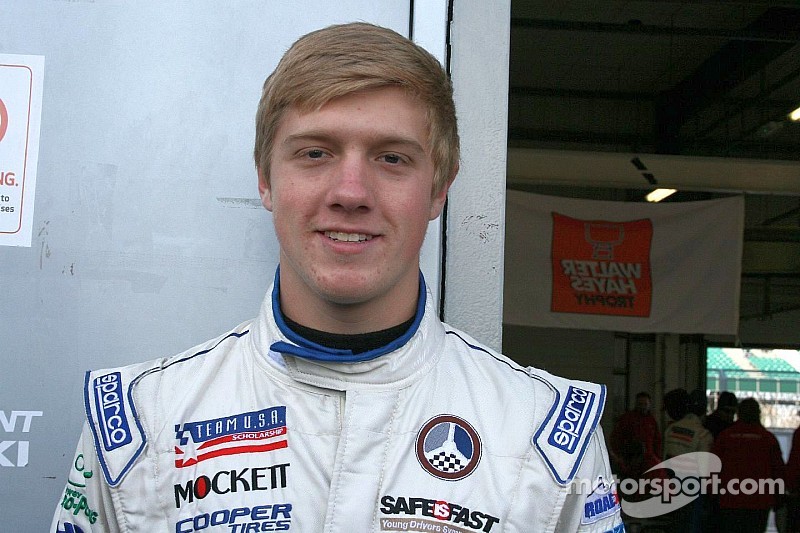 Spencer Pigot had a bad start to the weekend with a DNF in race one after a collision with Scott Hargrove and a subsequent spin.  However, he was able to come back in race two to score enough points to clinch the 2014 Pro Mazda Championship.

Pigot’s championship rival, Scott Hargrove, led the first 15 laps of the race.  However, a mechanical failure caused Hargrove to drop out with only three laps to go.  With the position Pigot was in at the time, Hargrove would have won the title.

Hargrove had the fastest lap of the race and led the most laps, but ultimately it wasn’t enough as Pigot won the title by 11 points and the scholarship package to help him find a ride in the Indy Lights Presented by Cooper Tires.