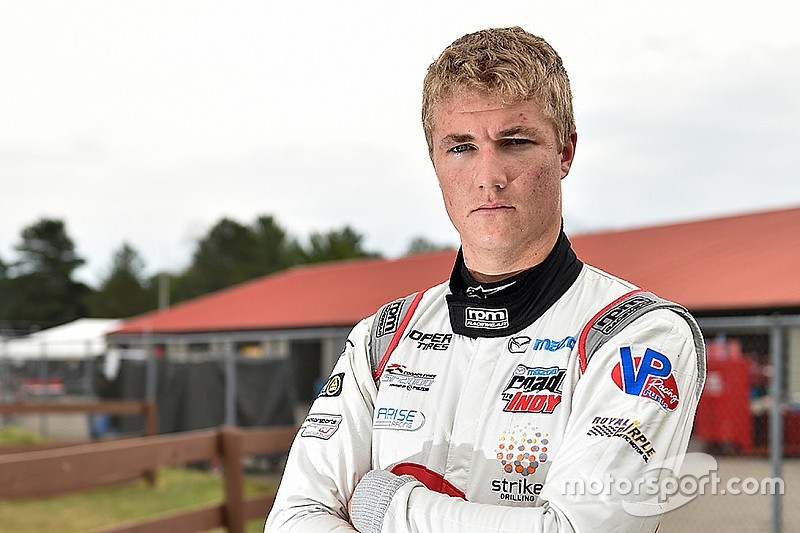 As with yesterday’s qualifying session for the first race, Pro Mazda’s second event of the weekend will see reigning USF2000 champion Anthony Martin start on pole with Victory Franzoni alongside.

It wasn’t as close as yesterday’s session, with Martin’s Cape Motorsports car pulling a full 0.079sec ahead of Juncos Racing’s Franzoni in this morning's qualifying session – but again there were only two cars in the serious pole fight.

Behind, Carlos Cunha was fastest of the Team Pelfrey cars in third, almost 0.4sec adrift, but a tenth quicker than teammate TJ Fischer. Phillippe Denes was next up in fifth for World Speed Motorsport, ahead of Nikita Lastochkin in a third Pelfrey entry.