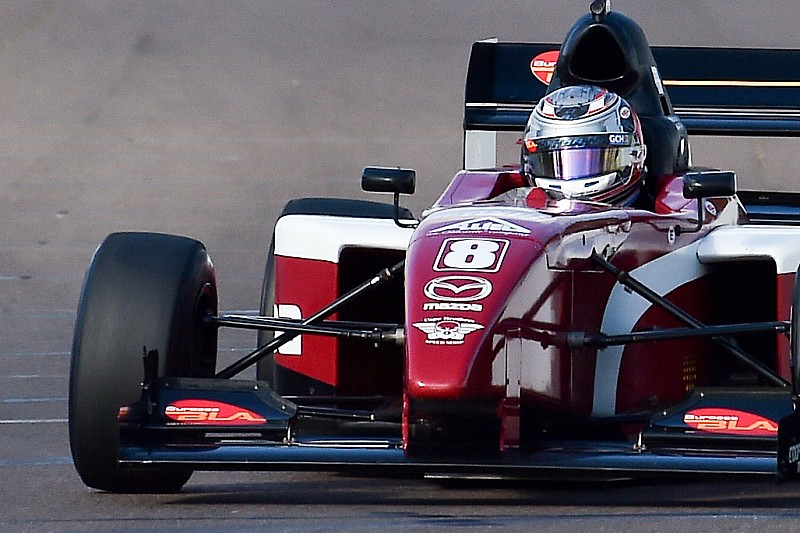 Reigning USF2000 champion Anthony Martin won his first race in Pro Mazda, after holding off Victor Franzoni in a race they made their own from the drop of the green.

Despite Franzoni’s best efforts to tackle his old USF2000 rival, it was Cape Motorsports that led Juncos Racing across the finish line by half a second, around eight seconds clear of the chasing pack.

The gap between them inevitably concertinaed as they lapped some very slow cars but Franzoni was never more than a second behind but never quite close enough to attempt an outbraking maneuver.

Third, fourth and fifth comprised the three Team Pelfrey cars of TJ Fischer, Carlos Cunha and Nikita Lastochkin, the latter of whom passed World Speed Motorsports’ Phillippe Denes in the opening laps, but was still 20sec adrift of Cunha by the end.

Sting Ray Robb was an impressive 2.6sec behind teammate Denes, with Max Hanratty eighth and last of the unlapped runners for ArmsUp Motorsports.