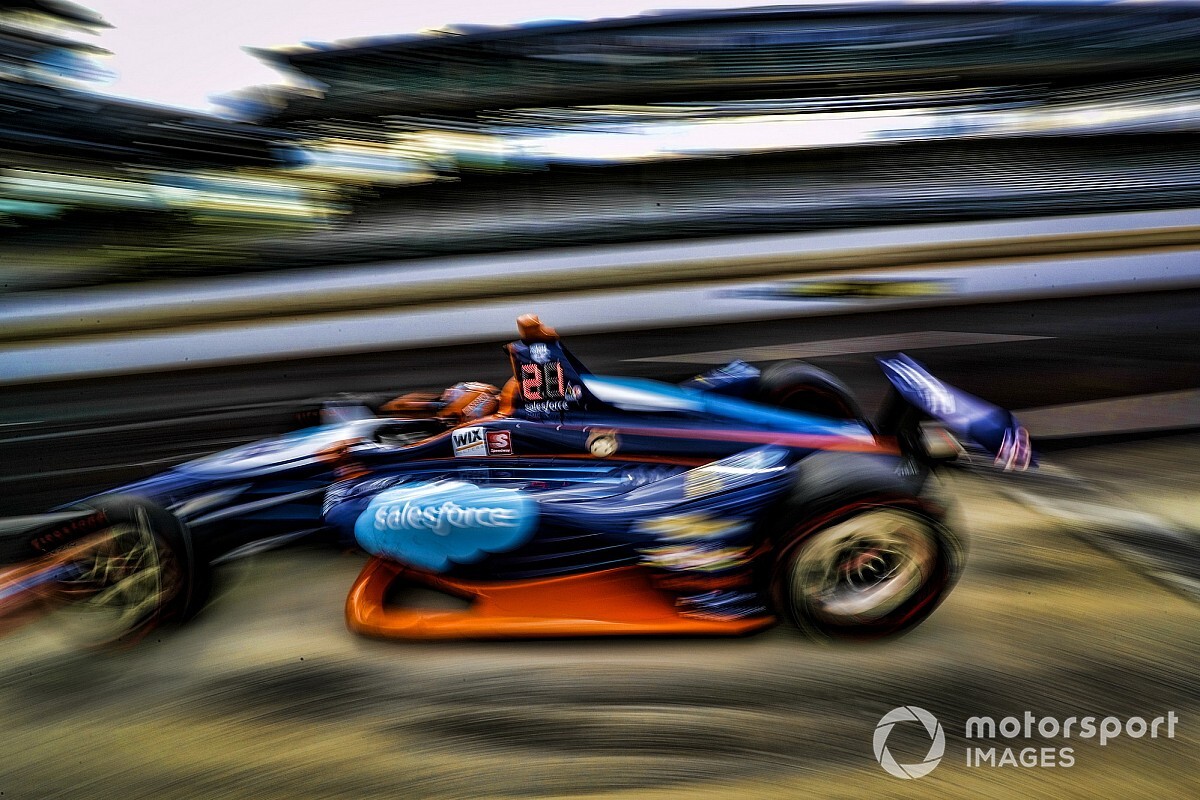 IndyCar and the Indianapolis Motor Speedway have released the entry list for next week’s Indianapolis 500, confirming the last two entries in this three-month delayed edition of the iconic race.

With 2011 Indy runner-up J.R. Hildebrand at Dreyer & Reinbold Racing again, alongside Sage Karam, and one of last year’s underdog stars DragonSpeed USA running Ben Hanley once more, the door appears closed on any chances that Oriol Servia or Stefan Wilson might have had.

Late last week, Top Gun Racing – which was in the process of buying DragonSpeed’s equipment to run R.C. Enerson – decided not to pursue this endeavor.

Along with a picture of Enerson sitting in the stripped down chassis, team co-owner Gary Trout wrote on social media: “Tuesday last week, RC in the car preparing to get fitted for the seat. At that exact moment we get the news, no fans for the 500. Suddenly we lost our primary sponsor, they require at track fan interaction.

"We step back, start working on a plan to still run the 500. We figured prize money is good, start working how to replace our primary sponsors' money. Then Friday at 4 o’clock, we hear Penske cut the prize money in half. At that moment we lost the 500.

"Disappointed for sure, to be that close, great group, working really hard, we will regroup and start planning for the Indy Grand Prix in October.”

With just 33 entries and 33 grid slots, there will of course be no Bump Day which is good news for rookies and refreshers who, more than most, will suffer from an unusually compressed timetable by Indy 500 standards [click here for full schedule] and may be hampered still further by the forecast poor weather for the remainder of this week.

The line up includes 15 U.S.-born drivers and 18 internationals, while the engine split could not be closer – 17 Chevrolets and 16 Hondas.

Of the drivers, eight are former winners. Along with Helio Castroneves, the three-time Indy victor for whom this will be the last IndyCar race for Team Penske, there are one-time winners Scott Dixon, Tony Kanaan, Ryan Hunter-Reay, Alexander Rossi, Takuma Sato, Will Power and Simon Pagenaud.