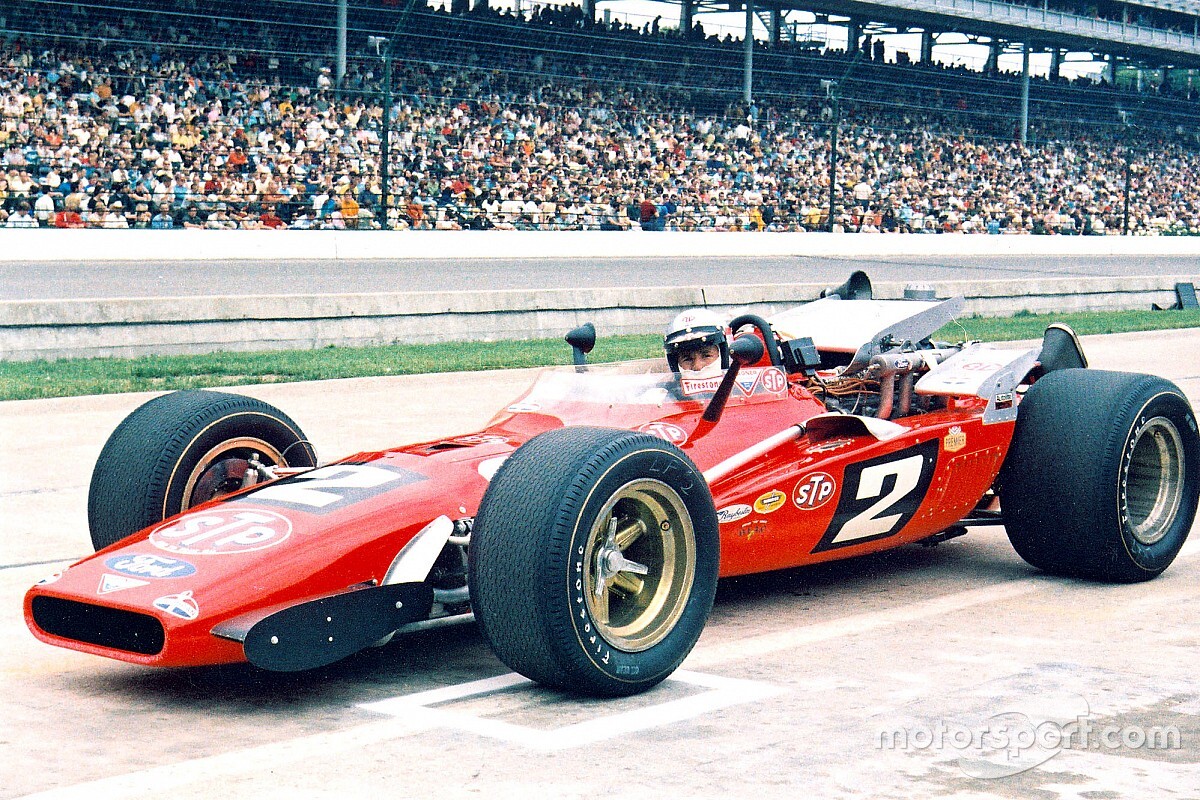 Mario Andretti’s 1969 victory in the Indianapolis 500 is to be marked with a special logo and a display of some of his most famous cars in the IMS Hall of Fame Museum.

The Italian-born American, who in 1965’s Indy 500 started fourth and finished third – behind only Jimmy Clark and Parnelli Jones – to earn the Rookie of the Year title became famed for his bad luck at the Speedway. In his 29 attempts at Indy, he completed the 500 miles on only five occasions, despite ranking third in the all-time lap-leaders (556 laps).

However, in May 1969, it all went right – against the odds. Despite a slipping clutch, an overheating engine and a sticking wheel nut obliging him to run the race on only one set of tires, Andretti led 116 of the 200 laps to score the most prestigious win of his career in Andy Granatelli’s STP-sponsored Clint Brawner-designed Hawk III-Ford.

Despite winning four Indy car championships and ending his career in 1994 with a total of 52 victories, that ’69 triumph would prove to Andretti’s only one at IMS. Today, Andretti and president of the Speedway, Doug Boles, unveiled the 50th anniversary logo, featuring Andretti waving next to the Borg-Warner Trophy and the zero in the ‘50’ representing the oval track and the historic Yard of Bricks start-finish line. Andretti will be featured on the coveted IMS Bronze Badges worn as access passes around the IMS grounds, while the logo will feature on the cover of the 2019 Indianapolis 500 official program, and on memorabilia and officially licensed Mario Andretti and IMS merchandise, available for purchase.

According to an IMS press release, on May 1, “The Indianapolis Motor Speedway Museum will unveil a specially curated exhibit dedicated to Andretti and his iconic career. The exhibit will feature historic Andretti cars, many making their first appearance at the Museum, video and audio recordings of Mario and the Andretti family, and personal memorabilia that highlights the prestigious accomplishments of ‘The Driver of Century.’”

What the display at the IMS Hall of Fame Museum will aim to convey is the huge variety of cars in which Andretti raced and won. Mario’s magnificence in Indy car racing apart – he’s the only driver to have won in topline U.S. open-wheel racing in four different decades – what makes Andretti an icon in the racing industry worldwide is his extreme versatility. That’s why he’s one of the figures – along with Dan Gurney, Parnelli Jones and A.J. Foyt – on what legendary journalist Robin Miller describes as U.S. motorsport’s fictional Mt. Rushmore.

Andretti scored 12 Formula 1 wins and the 1978 World Championship (the last for Team Lotus), and stayed competitive throughout his 128-race F1 career. He took pole for his first start in a Lotus 49 ‘cigar tube’ at Watkins Glen in ’68, and for his penultimate start, driving the ground-effect turbocharged Ferrari 126 C2B at Monza in 1982.

Andretti took both Ford and Ferrari to victories in the Sebring 12 Hours, won the Daytona 24 Hours, helped Ferrari conquer the world sportscar scene in the early ’70s, won his class at Le Mans, beat the NASCAR regulars to triumph in the Daytona 500 in ’67, racked up numerous sprint car and midget wins, and took overall honors at the legendary Pikes Peak Hillclimb.