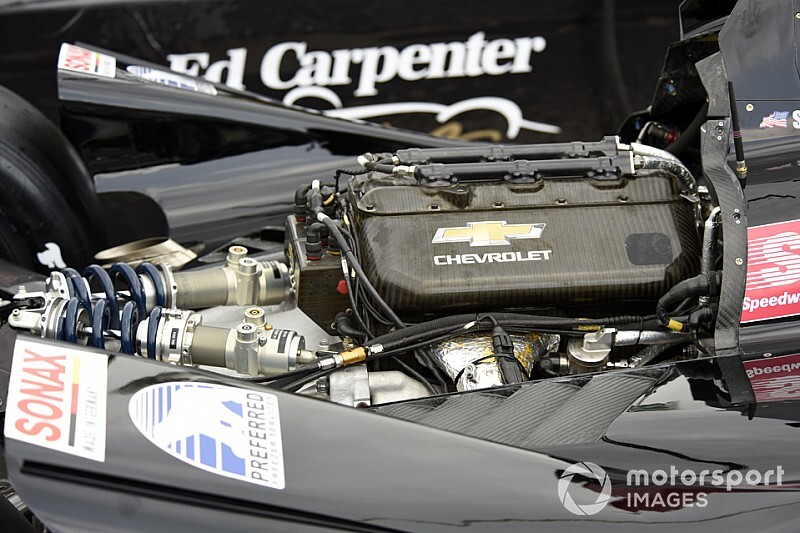 Grid penalties for unapproved engine change-outs will be reintroduced to the NTT IndyCar Series this season for the first time since 2013.

Henceforth any car that has its engine changed before a manufacturer’s pre-determined mileage limit has been reached will suffer a grid penalty in the next race – a six-place drop for road/street courses and a nine-place drop on ovals.

Thus, for example, a driver who is leading at St. Petersburg and suffers an engine blow-up will not only lose a substantial number of points there, he will also be penalized at Barber Motorsports Park, unable to start higher than seventh on the grid.

A full-season entry is allocated four engines for a season that covers approximately 10,000 miles including race weekends, team tests and open tests, so both Chevrolet and Honda will be required to declare an approximate mileage limit of 2500 per engine.

Given that the current engine formula – 2.2-liter turbocharged V6 – has been in place since 2012, the engines can be expected to be reliable, but they are by no means bullet-proof. Scott Dixon, for instance, used just four Honda engines last year, whereas champion Josef Newgarden was on his sixth Chevrolet by season’s end.

As well as an engine reaching its pre-determined mileage limit, an approved engine change – that is to say, one that does not incur a penalty – will include switching to a manufacturer test engine for an engine manufacturer test or for special events such as the Indy 500 pitstop competition or demonstrations at non-race events. Falling into the latter category would be events such as the downtown Las Vegas street demo in 2011, or the drive across San Francisco’s Golden Gate Bridge in 2015 to honor the recently deceased Justin Wilson.

For entrants with multi-engine Indianapolis 500 programs, a fresh engine can be used before the race. Both engines will remain with that entrant, and both must be used before any other engines are allocated. The entrant can choose which engine is utilized for the next event, but that engine must remain in the car until it reaches the change-out mileage.

Penalties will not be incurred for engines that suffered crash damage, so long as evidence of the damage is presented to IndyCar, only the parts that failed due to the crash are replaced, IndyCar approves the change and the repaired engine is returned to that entrant.

Any engine change that doesn’t fall under the conditions mentioned above will be regarded as non-approved and therefore will incur a penalty for the entrant. If the change-out is initiated by the entrant, the driver and entrant will lose 10 points as well as suffering the grid demotion.

If the unapproved change-out occurs at or following a test, the penalty will be served at the next race event.