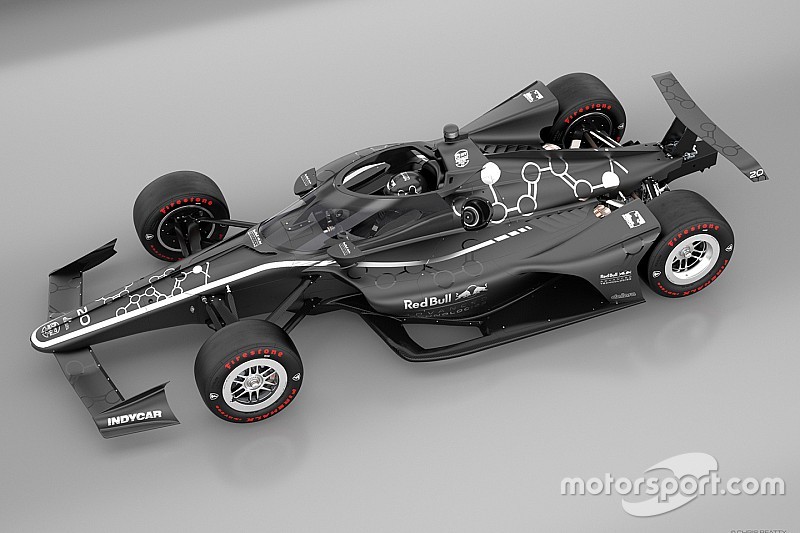 Will Anderson, Arrow Schmidt Peterson Motorsports race engineer, says that the weight of the aeroscreen will require substantial changes in their setups for the current spec Dallaras.

The changes allowed from 2018 to 2019 with the universal aerokit [UAK18] were minimal – on superspeedways there was an extra degree of angle allowed on the rear wings, a rear wing wicker, and a greater variation on length of the underfloor sidewalls. This allowed engineers to largely focus on refining the good setups they had developed with the UAK18 and improving in the areas where they had ‘missed’.

However, with the Red Bull Advanced Technologies aeroscreen being introduced from the start of 2020, Anderson is expecting the offseason to be busy as they learn what effects the new device will have on the car’s handling.

“The aeroscreen is going to be a setup-changer, particularly on ovals,” said Anderson, who joined the Sam Schmidt/Ric Peterson-owned team for the 2014 season and is currently James Hinchcliffe’s race engineer. “The IndyCar Series will be working with Firestone, and I’m sure Firestone will do an excellent job as usual, preparing tires for that change. I’m sure they already have thoughts about what to do.

“There will be a noticeable swing forward for the center of gravity and that will significantly alter setups in general. But it will be particularly noticeable on ovals, because there the right-front tires will be abused a lot more. I don’t know all the ins and outs, but I assume there will be updated tires to try and help offset that.

“So even if the wickers and wing angles stay the same this year, there will still be plenty to keep us busy, once we have the weight and aero-mapping figures.”

Anderson said also that the car will be more susceptible to crosswinds at Indianapolis Motor Speedway, although there will be little an engineer could do about that.

He commented: “I think the driver will perceive wind shifts a little more with the aeroscreen, despite his head being largely shielded from the wind, because of the increased surface area. But honestly, from what we can change engineering-wise, there’s not a ton we can help out with. It’s hard to fix.

“It will be a little more like the manufacturer aerokit era [2015-17] because the Honda aerokit we ran had a bit of that Formula 1-style shark fin on the engine cover, and for sure the drivers noticed that in crosswinds they got moved around a little bit more.”

The changes to the car and ergo the tires, will not be confined to ovals, however.

“Obviously that C of G shift forward will be seen everywhere, so any road course with longer duration corners like Barber [Motorsports Park] Turns 2-3 there will be a lot more weight on the front, so the front tires will ‘saturate’ a lot sooner. I don’t know if the series will have approached Firestone about changing the tire construction and/or compounds, or whether they’ll leave it to the teams to come up with their best solutions. But for sure if the series and Firestone wanted it, it could lead to a change in tires.

“There are tracks where I think they should make changes and probably will. I’d imagine on the speedways there will be a change in tire because that right-front will be saturated because of all that weight forward. For street courses, they’ll probably be more inclined to leave the teams to figure it out.”