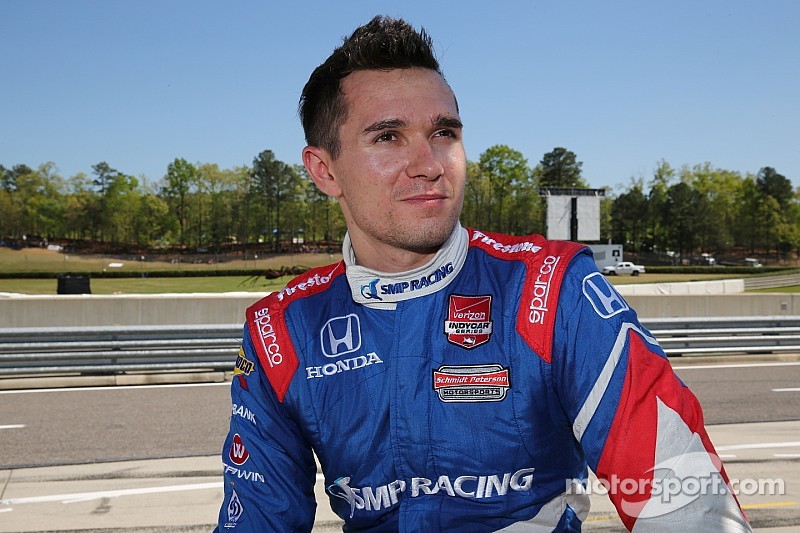 Following a multi-car crash in practice for IndyCar's season finale at Auto Club Speedway that sent Mikhail Aleshin flying into the catch fencing, the Russian driver was airlifted to Loma Linda Medical Center.

He was diagnosed with multiple injuries including fractured ribs, a broken collarbone, concussion, and some other chest injuries.

The rookie was originally said to be in serious, but stable condition. He has since been upgraded after undergoing a procedure for his aforementioned chest injury. Aleshin will obviously be unable to compete in tonight's race after qualifying in the eighth position.

He was 15th in the championship standings going into this weekend and has finished as high as second this year.