Alonso preparing for “most horrible laps” of his life 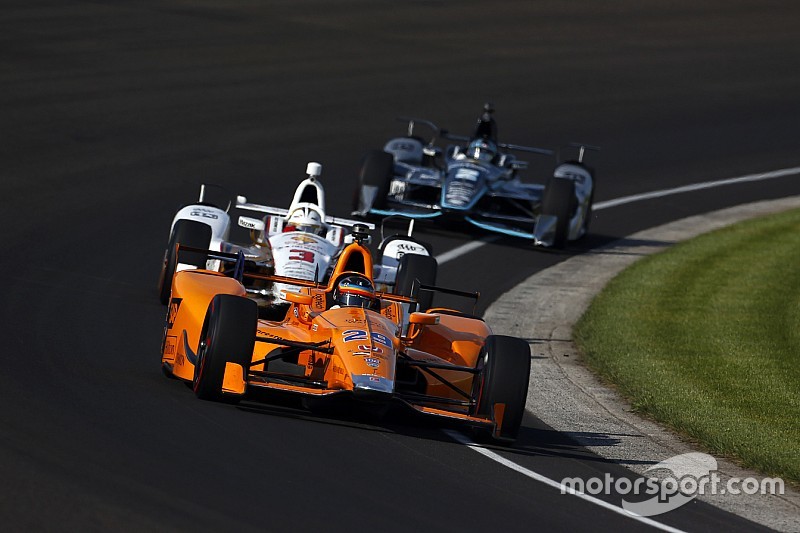 Fernando Alonso says that he plans to concentrate on learning about oval qualifying setups tomorrow – and has been warned by driver coach Gil de Ferran that they will be the worst he’s ever experienced.

But after focusing on race setups and learning to master running in traffic so far in practice, Alonso intends to spend more time on Friday running in clear air, ahead of qualifying on Saturday and Sunday.

“The car felt quite OK from the very beginning in the morning, but we did improve it during the day, so I’m quite happy,” said Alonso. “We work still a lot on the race situation, getting out there with guys and running in traffic.

“I think tomorrow we will concentrate on alone and qualifying, but the priority is the race.”

Alonso’s driver coach, 2003 Indianapolis 500 winner de Ferran, said today that his preparation would “ramp up big time” from the start of today. But during Friday practice, drivers will be able to run qualifying-level turbo boost with an increase from 1.3-bar to 1.4-bar [130kPa to 140kPa].

“Gil de Ferran, my coach, told me that the four laps in qualifying will be the most horrible laps you’ve ever done because the car is very on the limit!” said Alonso.

“But I will have a first touch tomorrow on Fast Friday and then we will see on Saturday.”

Alonso will draw on the experience of those around him to influence his approach to running in qualifying trim, even though his primary focus remains on the race.

“We are still concentrating on the race situation,” said Alonso. “Tomorrow, they will help me to understand what we need to be quick in qualifying, what is the key point of the qualifying laps.”

Alonso added he is still having fun at Indianapolis four days into practice. But he admits that as practice time is running out, with running happening only on Monday and one hour on Friday [Carb Day] after qualifying is complete, he still has a lot to learn.

“Unfortunately, the free practice is ending. I still miss more laps, but we will try to make the most of it tomorrow with more power and try to learn from that.

“We will start from zero tomorrow.”

Alonso one of the best ever, says de Ferran