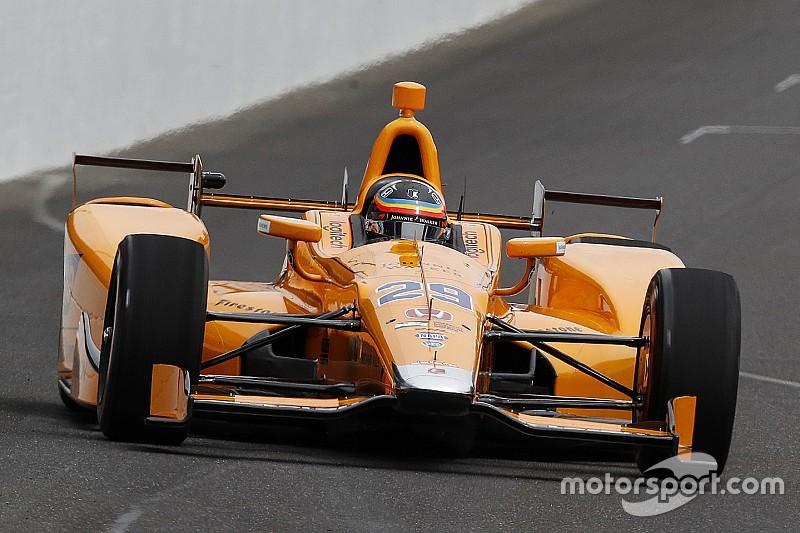 McLaren Formula 1 driver Fernando Alonso will test a 2018 Indycar in the coming months, Motorsport.com understands, an opportunity the driver admits is possible.

IndyCar confirmed to Motorsport.com earlier this week that it was working with McLaren on a plan to enter the 2019 season with Alonso, and McLaren had already been looking into the potential of a test for its driver, which will likely be in an Andretti-run car.

Alonso's test is expected to occur in the days following the IndyCar race at Portland in September and he could drive at the Barber road course, the same venue in which he visited the IndyCar paddock for the first time ahead of his 2017 Indianapolis 500 assault.

Testing an IndyCar single-seater is an opportunity that arose recently, according to Alonso.

"I know there is that possibility [to test an Indycar], that came into place in the last couple of days," said Alonso. "I will think and I will decide. It could be interesting because obviously last year I enjoyed the Indy 500 a lot.

"I don't know that car [Alonso has never driven a 2018-spec Indycar] in a normal set-up or on a normal circuit, so it can be a possibility.

"But first of all, I want to take time to digest the retirement, let's say from F1, and I want to prioritise this weekend in the World Endurance Championship."

Although all indications are that IndyCar will be his 2019 destination, Alonso insisted his future was undecided.

"I'm thinking [about challenges next year] and probably this is bad news [for media and fans], but I will not decide or be ready to confirm anything until a couple of months, maybe October or something like that.

"It's going to be a long wait and lots of predictions".

Alonso described last year's Indy 500 as "unpredictable" and he would welcome more testing when he is free of F1 commitments.

"If I'm not racing in F1 next year, I can prepare a little bit deeper, a lot more testing will always be welcome," he said.

"Last year it was limited time and testing, and I was in the simulator in the morning and on the track in free practice in the afternoons.

"If I can relax that a little bit, and do more testing, I can be better prepared."

Motorsport.com understands a McLaren IndyCar programme could be confirmed by the end of the month as it had prioritised sorting its F1 line-up for 2019 first, with Carlos Sainz now signed as Alonso's replacement.

McLaren has long been linked to an affiliation with the Andretti squad and is known to be planning a two-car team - Scott Dixon was high on the shortlist until he signed a new deal with Chip Ganassi Racing - but the finer details of the programme are yet to be clarified.

It has been suggested that Chevrolet is the more likely contender for a McLaren IndyCar team, although this would clash with Andretti's Honda deal and require a workaround.

Neither Chevrolet or Honda responded to an Motorsport.com request for comment.