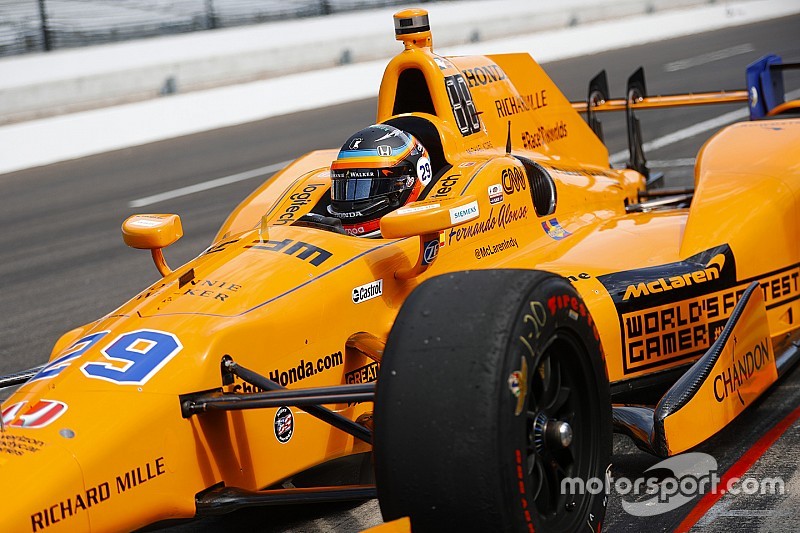 Fernando Alonso says his IndyCar test shortly after announcing his impending retirement from Formula 1 is "coincidence" and will not influence his decision to race in IndyCar for 2019.

Motorsport.com reported earlier this month that Alonso would likely test a 2018 Indycar with support from Andretti at Barber on September 5, following IndyCar's race at Portland this weekend, and this has since been confirmed by McLaren CEO Zak Brown.

Alonso then admitted during the FIA World Endurance Championship weekend at Silverstone that the test was an "option" before McLaren confirmed the private test on Friday.

The McLaren driver says that his IndyCar test was scheduled months ago, meaning it is not linked to his post-F1 future.

"It's a bit of a coincidence that I announced I was leaving F1 and now I'm doing this test, but it was scheduled for months and therefore people are talking more about it," he said.

"I like to test all kinds of cars. Last year Andretti wanted me to test the car with a road track configuration.

"We had no time, and this year we have the chance, but it's not a key day ahead of next year to decide whether I do it [IndyCar] or not.

"It's just a test to have a bit of fun and to see what the cars are like with a normal configuration.

"But my decision for next year will not be based on Wednesday [the test day]. On Thursday I won't have a clearer picture. More or less I have everything decided in my head."

The IndyCar test is likely to be conducted with Andretti support at the venue where he first experienced IndyCar, having visited the Barber race weekend in the build-up to his 2017 Indianapolis 500 assault.

Confirming Alonso's Barber test, Brown said that McLaren will make a decision on a potential IndyCar future in September, as it weighs up whether it competes full-time in the series or just race in the Indy 500.

It could also still opt against racing in the American series at all.

“Fernando is testing next Wednesday in an Andretti car at Barber and that’s for him to evaluate what an Indycar feels like on a road course," said Brown.

"From there he’ll start to take a decision on what he wants to do next year and clearly, IndyCar is one of the series under consideration, we’re very much doing the same and I think we’ll make a decision sometime this month on whether we push forward with the Indy [500], IndyCar or doing nothing.

"Ultimately [there are] three decisions we need to make in September.”

McLaren's IndyCar exploration has involved talks with both Honda and Chevrolet over an engine supply and Motorsport.com understands it is favouring the latter.

That could be a potential complication for Andretti, which uses Honda engines, with McLaren exploring an affiliation with the IndyCar team.

Other options mooted include a takeover of the financially struggling Harding Racing team or a partnership with the Chevrolet-powered Ed Carpenter Racing squad.

McLaren had approached both Penske's Will Power and Chip Ganassi Racing's Scott Dixon over a seat with the prospective two-car team, but both opted to sign new deals with their current outfits.

Despite the September deadline outlined by Brown, Alonso has previously stated he would not make a decision on his post-F1 future until "maybe October".