Michael Andretti says that he’s confident of Andretti Autosport maintaining a five-car program in the NTT IndyCar Series next year and returning to the restarted Indy Lights series with four cars. 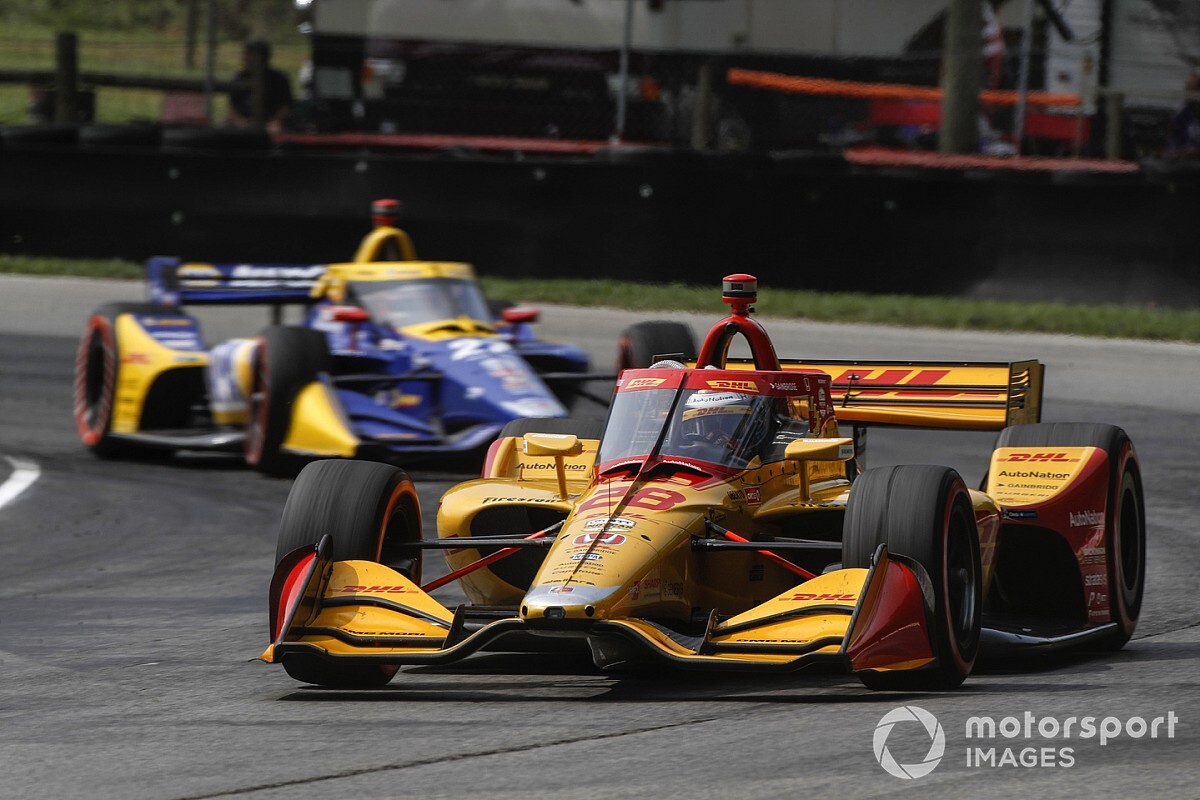 Andretti’s multiple championship-winning and Indy 500-winning team has been the subject of much speculation during silly season, with rumors of the team cutting back from five cars to four – especially in light of technical partner Meyer Shank Racing’s plans to run a second car for up to six races next year alongside fulltimer Jack Harvey.

Both 2012 champion Ryan Hunter-Reay and DHL’s sponsorship of his #28 Andretti Autosport-Honda were up for renewal, although Motorsport.com believes that both driver and sponsor are on the cusp of inking a one-year extension.

We understand, too, that the Gainbridge sponsorship is likely to switch from what was Zach Veach’s car for three seasons (until he stood down just before the Harvest GP), to become title sponsor of the Andretti Harding Steinbrenner entry piloted by Colton Herta to three wins over the last two seasons.

Alexander Rossi’s car will continue to switch back and forth between NAPA Auto Parts and AutoNation, while Marco Andretti’s sponsors are not yet known.

Meanwhile James Hinchcliffe, who ran three races for Andretti this year sponsored by Genesys and has replaced Veach in the #26 Gainbridge car for the final three rounds, remains very much on Andretti’s wish-list.

Michael Andretti told Motorsport.com: “We’re working on the Ryan and DHL deal, and also working hard on the other cars, too.

“We’re getting to a point where we’ll have some stuff to announce soon, and not just on the #28 car. The hope is to run five cars again next year and I’d say we’re 80 percent there.

“Our hope is to have James back. Him being at the five or six races he’s done for us this year has been great. He fits in well and brings a lot to the party. So our hope is to be able to get his deal done as well.”

Antonio Felix Da Costa, who will test an IndyCar for Rahal Letterman Lanigan in Barber Motorsports Park next month, visited Indianapolis last week, and as a driver who spent four seasons in Andretti Autosport’s Formula E team, he appeared to be one possible alternative for AA in 2021. However, Andretti suggested this was something he hadn’t considered.

“I think he’s signed on for more Formula E,” he replied, “so I don’t think he’s available. I think he just always wanted to try an IndyCar and unfortunately we couldn’t give him that opportunity.

“But I’m glad he is at last getting an opportunity to test. I think he’s a real talent, and he’s a really good guy, too, so I’m anxious to see how he goes for Rahal.”

Andretti added that the plan is to have all five of his IndyCars in action at that Barber test on November 2.

Regarding Meyer Shank’s plan to run a second car part-time in 2021, Andretti said: “Yeah, that’s quite a step but we think we have a plan to do that, help them out any way that we can, while being careful that it doesn’t detract from the combined effort.

“But we want to help make that happen, for sure, because Mike [Shank] and Jim [Meyer] have been great partners. I mean, first of all they’re just really great guys who we enjoy working with. But I also think it’s been a good partnership that has helped both our teams.”

Andretti said he was also close to confirming the return to action of his highly successful Indy Lights team, as the series resumes in 2021 after a one-season hiatus.

He said: “We’re planning to have four cars next year, and I think we’re there, all confirmed with all four drivers so we’re very happy about that.

“I think Lights will be pretty strong next year, stronger than it’s been for a while, with 14 or 15 cars full time, so that’s good.”

Asked whether 2019 Indy Pro 2000 champion Kyle Kirkwood remained in his line-up – as was planned for 2020 until Lights was put on hold –Andretti confirmed this was the case.

The other three drivers have not yet been announced, but Motorsport.com sources believe Robert Megennis will return to the team with whom he raced his rookie Lights season in 2019.

Devlin DeFrancesco, who currently holds second in the Indy Pro 2000 points race for Andretti Steinbrenner Racing is also believed likely to graduate along with Danial Frost (currently at Turn 3 Motorsport, and fourth on IP2000 championship table).