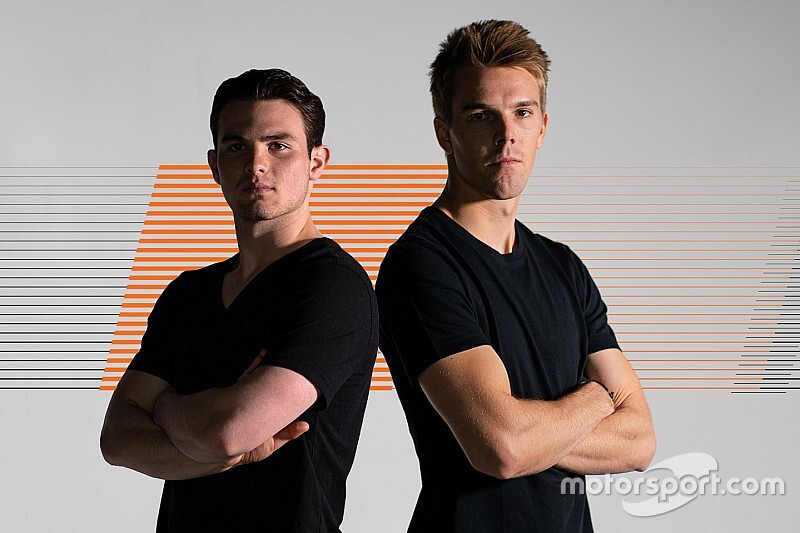 The announcement comes despite team co-owner Sam Schmidt ‘confirming’ to Motorsport.com back in August that Hinchcliffe would be remaining with the squad in 2020.

The team took to Twitter to state: “Arrow McLaren SP and James Hinchcliffe have parted ways ahead of the 2020 IndyCar season. We want to thank James for his passion and commitment to the team over the last five years and we wish him all the best for the future.”

This was followed up with a release confirming the arrival of O’Ward and Askew.

O’Ward made a sensational IndyCar debut for Harding Steinbrenner Racing in the 2018 season finale at Sonoma, and then made seven starts for Carlin Racing this season before departing to Super Formula as he briefly joined the Red Bull Junior program.

Meanwhile 2017 USF2000 champion Askew bounced back from a difficult Indy Pro 2000 season to conquer the 2019 Indy Lights championship with seven wins. The result earned him a $1.1m scholarship that guaranteed him three IndyCar starts next year including the Indianapolis 500.

“It’s a dream come true to be joining Arrow McLaren SP for my first year in IndyCar,” said Askew. “The new team brings together three great partners and it’s an honor to be representing them in this new chapter for the team and for my career.

“This is an exciting new challenge for me and the next natural step after winning the Indy Lights title this year. I can’t wait to get started.”

O’Ward added: “I couldn’t be happier to be with Arrow McLaren SP for my first full season in IndyCar. I’ve had some great opportunities over the last year, but this is by far the greatest thing that could possibly happen for my career.

“I had a taste of IndyCar earlier this year and cannot wait to represent Arrow McLaren SP in the best way possible for a full season in 2020.”

Team co-owner Sam Schmidt, who has seen his team score seven IndyCar wins since 2013, but also took drivers to seven Indy Lights titles stated: “With our background in Indy Lights, I’ve followed Oliver and Pato closely over the last few years on the Road to Indy. I couldn’t think of a better pairing as we write the first chapter in Arrow McLaren SP’s story.

“They’ve proven their skills on the Road to Indy and with an Indy Lights championship each, they are ready and deserving of full-time seats in IndyCar. I have no doubt that Oliver and Pato are the right drivers to move Arrow McLaren SP forward.”

Gil de Ferran, sporting director of McLaren Racing, stated: “As we look to establish Arrow McLaren SP and re-establish McLaren in the world of IndyCar, I’m delighted to be welcoming these two young, homegrown talents to the team. Oliver and Pato represent the new generation of IndyCar drivers. Proven winners and exciting prospects, I have no doubt that they will form an excellent pairing as we take on the 2020 season.

“Both drivers were super-impressive in Indy Lights, racking up 16 wins between them over the last two seasons. We have taken time and care to make a driver selection that we believe is in the best long-term interests of Arrow McLaren SP.”

Hinchcliffe won for the Arrow-backed Schmidt Peterson Motorsports squad at New Orleans in 2015, Long Beach in 2017 and Iowa Speedway in 2018. He also took the Indy 500 pole in 2016, a year after almost dying in a crash at IMS following a component failure during practice.

He remains under contract for the team in 2020 but is free to look for alternative rides.

Said Schmidt: “James has been a great ambassador for our team, and for the sport, over the last five years. Our history dates back to his early days in Indy Lights and we’ve been on a tremendous journey together.

"Most impressive was James’s determination to come back after his accident in 2015. I have the utmost respect for James and would like to thank him for his hard work and accomplishments during that period and wish him well in his future endeavors.

“We recognize that James is a fiercely motivated and determined competitor, and we won’t hesitate to release him unconditionally to secure another drive, whether in IndyCar or another series.”

“James’ passion for the team has been crucial in our development since he joined us in 2015,” noted Arrow McLaren SP co-owner, Ric Peterson.

“His perseverance and teamwork led us to three wins and an Indianapolis 500 pole position. James has been a big part of our growth over the last five years and I’d like to personally thank him for everything. On behalf of the entire team, we wish him all the best moving forward.”