Oliver Askew, who will campaign the third Rahal Letterman Lanigan entry in the final three IndyCar rounds of 2021, insists Christian Lundgaard’s pace in the car provided encouragement rather than added pressure.

The Danish Formula 2 ace caused a major stir on his IndyCar debut in the #45 RLL-Honda on the Indianapolis Motor Speedway road course three weeks ago when he qualified fourth in a five-car cluster that was covered by a mere 0.05sec.

Although Lundgaard finished the race only 12th, largely due to inexperience of how hard the Firestone tires could be pushed compared with the Pirellis he’s used to in F2, he made a big impression.

But Askew, who’ll campaign the Hy-Vee sponsored entry at Portland, Laguna Seca and Long Beach, says his predecessor’s speed didn’t set unrealistic expectations for him but instead provided reassurance.

“I think Graham [Rahal] and Takuma [Sato] are in the top five drivers in terms of progress from starting positions to finishing positions in the races this year,” he told Motorsport.com. “So I know the Rahal Letterman Lanigan team had a feeling that their cars were set up better for the races and that qualifying was more of a struggle.

“I don’t know if that theory has been debunked by Lundgaard’s speed there in quali, because all the tracks are very different, and I do think the Indy road course takes a very different technique in how you come off the brakes.

“But actually, coming into the team for these three races, I think it’s very reassuring to know that the team’s cars have that one-lap speed. And I think the Indy road course and Portland are similar enough – long straights, smooth surface – that there’s not a doubt in my mind that we’re going to be fighting inside the Top 10 in qualifying and can have a good showing in the race. As long as we all execute well, I believe we’re going to have a strong weekend.”

Testing the RLL car at Barber Motorsports Park in late July alongside Lundgaard means that Askew has now driven IndyCars from five different teams in less than two years. The 2019 Indy Lights champion tested for Chip Ganassi Racing at Portland that year, raced for Arrow McLaren SP in 2020 (and for one race this season), tested for Andretti Autosport pre-season this year as stand-in for James Hinchcliffe, and then raced for Ed Carpenter Racing at Road America while subbing for the injured Rinus VeeKay. Those experiences have provided him with useful comparison points.

“It’s been interesting for me to feel the differences between the setup philosophies of each team,” he agreed. “Although Lundgaard and myself were the only ones testing that day at Barber, I felt the RLL car was very comfortable, consistent and easy to drive. That can be a good thing or a bad thing, but it’s a very different car than what I had been used to [at AMSP].

“I do think the RLL car is more predictable. I know what I have under me when it’s time to push, and that’s good because sometimes in IndyCar our quickest laps are the first lap on reds [Firestone’s alternate compound tires] so it’s important to have the confidence right away and have a plan going out there.”

Askew is trying to return to full-time IndyCar racing in 2022, after his rookie season of 2020 in the Arrow McLaren SP-Chevrolet team was marred by late-diagnosed concussion following a heavy shunt in the Indianapolis 500. He raced for the team again in Detroit Race 2 this year, when his replacement Felix Rosenqvist was too bruised from a Race 1 shunt to take part in the following day’s race.

“In my predicament, I didn’t feel I had much of a choice but to take that offer!” said Askew who had no experience of the Belle Isle track (the various Road To Indy series never raced there while Askew was in the junior formulas) and didn’t even get a chance to practice before qualifying for Race 2 commenced. “If I hadn’t said ‘Yes’, I honestly think I would have been forgotten about a bit quicker.

“And for sure, doing that race meant that I was fresh in mind for Ed [Carpenter] when Rinus [VeeKay] got injured in training and ECR needed a stand-in at Road America. I got that call just two days later. What are the chances, right?!”

Askew was very swift in practice at the famed Wisconsin track, made a small error in qualifying that relegated him to mid-grid, but then came through to finish 12th, despite a couple of tardy pitstops.

Asked if he felt these final three rounds of 2021 felt like an audition for RLL – which team co-owner Bobby Rahal confirmed would be running three full-time entries in ’22 – Askew replied: “We haven’t spoken about that too much. We’ve seen a couple of different drivers in this car, and I’m sure Bobby and the team are using this time to see what direction they want to go.

“But honestly that’s not where my head’s at right now. I see this as an opportunity to get back out there and enjoy myself and put on a good show.”

Although Askew has a fine Road To Indy record at Portland (a win, a second and two thirds) and at Laguna Seca (a second and a fourth) he has yet to run Long Beach, due to the west coast races being canceled last year in response to the COVID-19 pandemic.

“I find the simulator extremely useful,” said the 24-year-old from Melbourne, FL, “especially at a track that I haven’t been to before. It sets the muscle memory going, and gets me up to speed a lot quicker. So I think Long Beach will be fine.

“Like you say, Portland is a track where I’ve found good success before, somewhere I feel extremely comfortable. It reminds me of a karting track, the way the corners are put together and how small and narrow the track is in places. As I recall, it’s pretty smooth, too. And Laguna Seca is a great track, and again I think we can show well there.”

Regarding the fact that these three final races run on consecutive weekends, Askew remarked: “I definitely don’t see a downside to that. There’s less time to analyze, but that isn’t always a bad thing – you just get out there and drive the thing.”

Askew is also expecting to be comfortable in the team thanks to his race engineer being Brandon Fry, who is also RLL’s technical/racing operations director on the IMSA BMW squad.

“I’ve known Brandon since 2013, when I was in karts,” says Askew. “At the SuperNationals in Las Vegas, he was doing the data acquisition for our team and I’d completely forgotten that until he reminded me when we were at the sim. It’s nice to have a good relationship with your engineer already established before we head into these three weekends together.”

Speaking of previous relationships paying off, Askew won the 2019 Indy Lights title with Andretti Autosport, and that link with Michael’s squad – along with LMP3 class victory for Riley Motorsports in the Rolex 24 Hours of Daytona – meant Askew was the go-to guy as Jarett Andretti moved his LMP3 squad up to the full IMSA WeatherTech SportsCar Championship.

“That’s been a great experience for various reasons,” he said. “It’s very easy to go rusty, and when these IndyCar opportunities come along, it works in my favor that I’m not just going in there cold. I can work out in the gym so much, but it’s not going to help as much as if I’d been staying sharp in some form of racing.

“So I’m very grateful to have had those opportunities with Jarett, plus I’ve absolutely loved working with them. He’s such a good guy and he has a great satellite group of people separate from the Andretti Autosport IndyCar side.

“And then testing the Cadillac DPi last month [for Ganassi] was fantastic. Absolutely loved that! Mega, mega car.

“So yeah, I think all these experiences have contributed in different ways to keep me sharp for these three IndyCar races. I feel ready.” 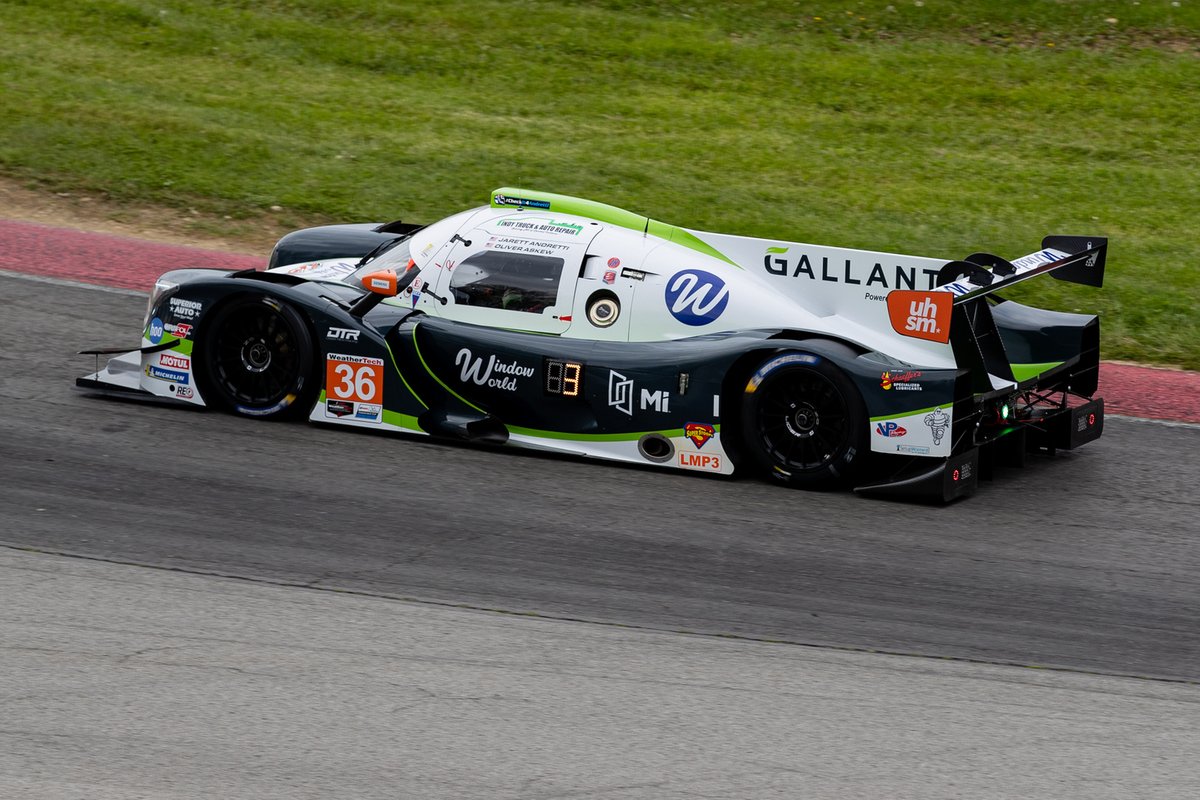