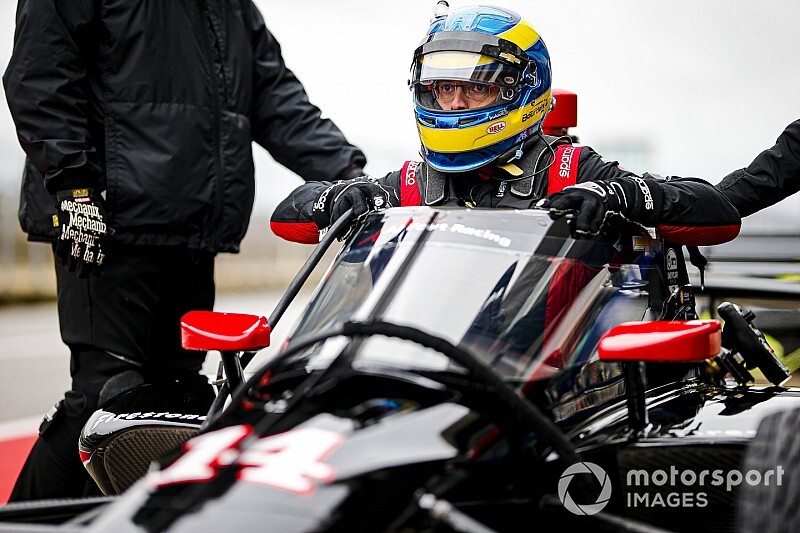 With Tuesday at Circuit of The Americas proving a near-washout for all competitors, Bourdais was forced to run just three hours on Wednesday in the #14 AJ Foyt Racing-Chevrolet before handing over to rookie Dalton Kellett.

This pair will share the entry with Tony Kanaan this year, Bourdais piloting Foyt’s legendary number at the first three rounds (St. Petersburg, Barber and Long Beach) as well as Portland. Kanaan will race the five ovals on the IndyCar schedule, while Kellett will compete in all remaining road/street courses plus run a third car in the Indianapolis 500.

Bourdais was top of the times when he stepped from the car around 3pm on Wednesday, and commented: “It was a good start for sure. I’m quite pleased with the way the team operates and the interaction with the engineers.

“The baseline was a mix of a lot of different ideas and philosophies and you’re always kind of like, ‘Well, I guess we’ll see how it shakes out,’ but I’m pretty pleased with the way the baseline rolled out. The conditions were a bit tricky and challenging and evolving so it’s always tough to evaluate changes but the team did a good job overall.

"We obviously didn’t get into tuning the car whatsoever, we just tried to get a couple of answers on things that Mike [Colliver, new race engineer] was looking to try and evaluate.

“It’s tough to say if we got the read completely because a lot of things changed with track conditions but at least the car seemed to make sense. It was pretty well-balanced and I enjoyed it and it was decently fast so it was definitely a good start.”

Indy Lights graduate Kellett, in his initial test of an IndyCar, was left at the bottom of the lap times, but had only 20 laps in which to familiarize himself with his new machine.

“It was a great experience and a great opportunity to drive here for my first Indy car test,” Kellett said. “I can’t thank the AJ Foyt Racing team enough and we’re all looking forward to a great season.

“We’re sharing the car with Seb so we didn’t get a lot of time in the car but nonetheless got out, didn’t make any mistakes, didn’t put the car off track and slowly built up to speed.

“Seb showed earlier today that the car’s definitely got good pace in it. It felt really drivable, loved the setup and think we have something really great to work from so I can’t wait for the next time I’ll be strapping in.”

“It was everything I thought it would be and maybe a little bit more.”

Charlie Kimball, who has the full time ride in the #4 Foyt car, was also left content after working with veteran race engineer Mike Pawlowski, who like Kimball is a newcomer to the legendary team. Given his part-time status in 2019, this week saw Kimball’s first experience around COTA, and being 1.9sec off the pace around a 3.4-mile course was an encouraging start. He completed 52 laps overall.

“There are a lot of things that are new – the aeroscreen, the personnel, new number, new track for me,” he said, “so being able to come in, despite the challenges that Mother Nature threw at us, and get a lot of laps in and run problem-free from the drop of the green has been really encouraging.

“Working with the AJ Foyt Racing crew has been a lot of fun from the race shop, getting fitted in the car to the racetrack itself. Everyone seems especially hungry this year to make sure the results equal the effort that’s being put in because it’s obvious they’re putting in a lot of effort behind the scenes. So I’m excited, I’m invigorated and looking forward to every race this year. There’s still work to do but I don’t think any of us are afraid of hard work.”

The Foyt team will test with Bourdais, Kimball and Kellett on March 2 at Sebring. Kanaan’s first track time of 2020 will be the open test at Richmond on March 25. 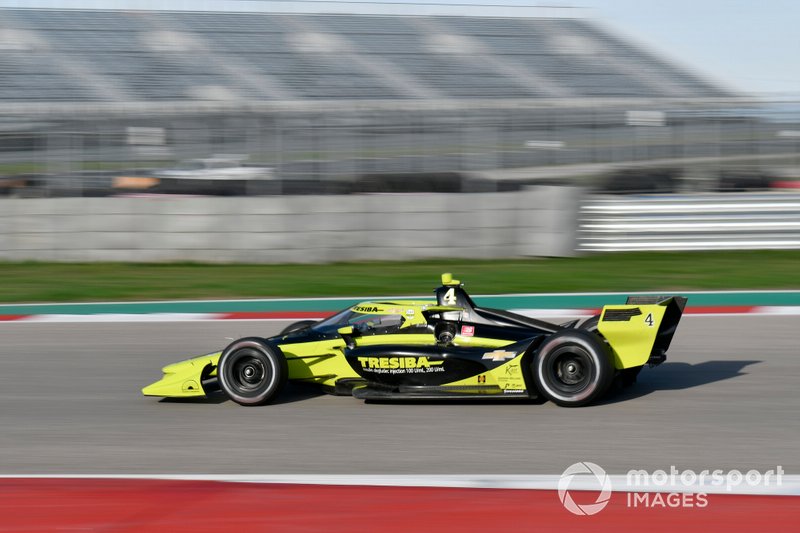 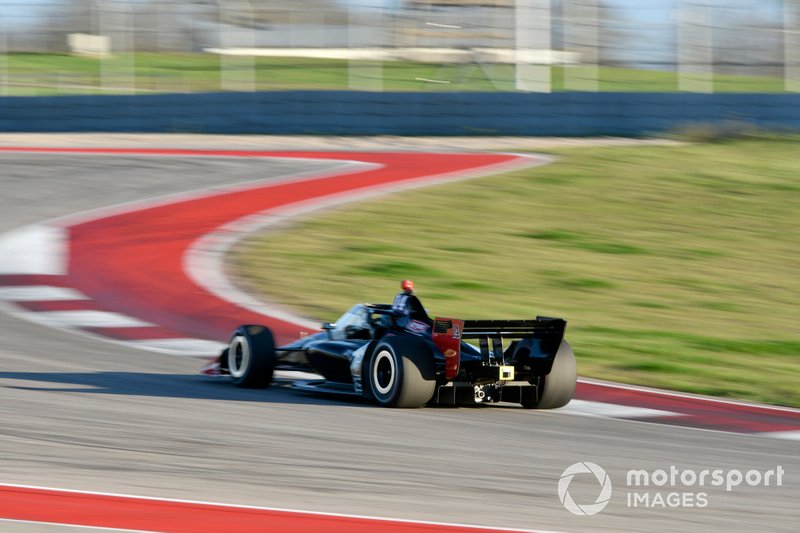 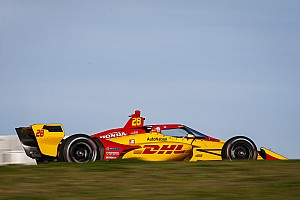