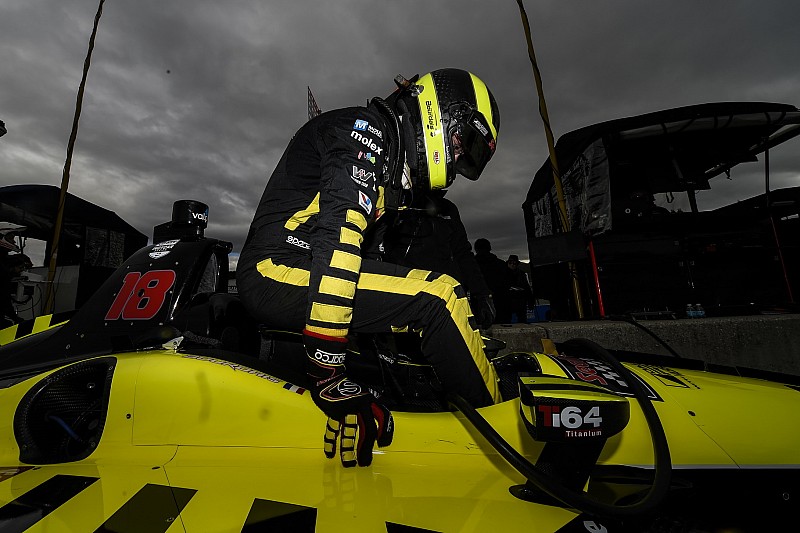 Sebastien Bourdais has admitted that his triumphs in the last five years of IndyCar racing have left him extremely satisfied, despite a torrent of success in his five seasons with Newman/Haas Racing.

After winning the Formula 3000 championship – the equivalent of Formula 2 – with Super Nova Racing in 2002, Bourdais had hopes of a ride in Formula 1 with the Renault team, but when that failed to transpire, he shifted his attention to the U.S. open-wheel scene. Joining the legendary Newman/Haas Racing team in 2003, he finished fourth in the Champ Car World Series with three wins, and then went on a tear, winning the title in Champ Car’s final four years of existence and scoring 28 more victories.

After a year-and-a-half of Formula 1 followed by European sportscar experience – including three runner-up finishes at Le Mans –  Bourdais returned to IndyCar on a part-time basis with Dale Coyne Racing. He then spent two seasons with Jay Penske’s Dragon Racing team, three with KV/SH Racing which produced four wins, and is now entering his third straight year with Coyne once more, but with Jimmy Vasser and James Sullivan also supporting his car.

Having won the last two editions of the Firestone Grand Prix of St. Petersburg, Bourdais has now amassed 37 Indy car wins and suggests his six ‘post-European’ victories have brought him special pleasure.

“There have been two very distinct stages to my career,” he commented. “One where I learned as a rookie with a championship-winning team, with a great structure and great people around.  Thankfully the owners had enough money that you don't look around and wish you had this or that.

“Then a little excursion in Europe. Then you come back to the States and you're with underdog teams. It's very different, but it's satisfying when you get it done because you know you've either overachieved or done something that not any other team is capable of. It's extra satisfying. Obviously, it takes more close relationships and hard work to get it done. It’s extremely satisfying.”

Coyne’s lead engineers Craig Hampson, Olivier Boisson and Michael Cannon have already passed judgment on the 2018 season for the DCR-Honda squad in a feature here on Motorsport.com and Bourdais’ views echoed their theories.

“It was an interesting season last year,” he said. “We had some ups and we're just trying to fix the downs, make it a little better.

“Our pace on the street course setup was not so great. We could pull a good race together but the ultimate pace was a struggle. Long Beach being a bit on a separate island. So, we've definitely tried to fix a few of those weaknesses.

“And the rest I made mistakes, which obviously you try not to make those! I think it was a lot of discovering with the new aerokit last year. When you arrive at Iowa and the car is not great, it's always tough because you're trying to make a racecar and a quali car in an hour and some change [in practice]. So, it's a big challenge.

“I think obviously now we have a bit of an understanding of what the car is like and what it's going to feel like at most places. There are two new venues this year, but it's two road courses so I'm not dreading that too much. The road course setup, there is a bit of the platform there, so then you can investigate things. It's not as evil to find solutions there as an oval can be when you hit the track wrong.”