Brabham not daunted by Indy challenge

Matt Brabham says he is not fazed by the idea of being a rookie at this year’s Indy 500, and that he considers oval racing one of his strengths. 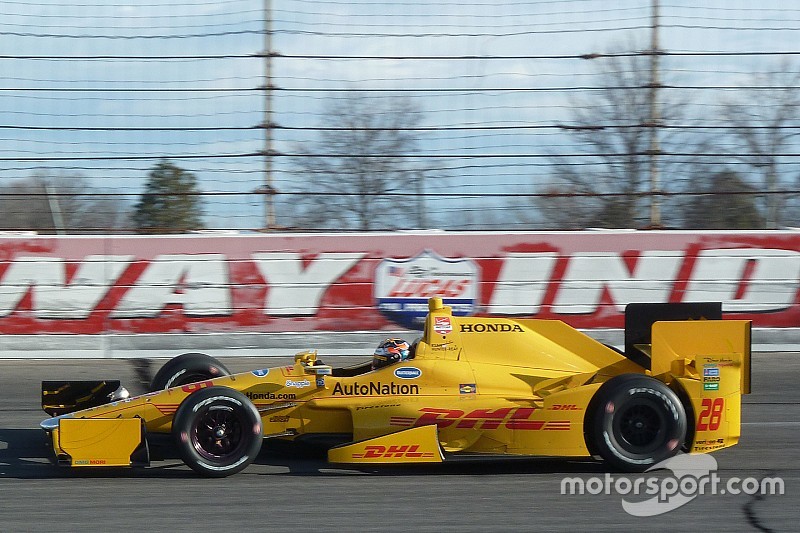 Brabham will head to this year’s 100th running of the Indy 500 looking to become the third third-generation racer to qualify, having teamed up with Australian-based team Pirtek Team Murray.

While the 500 technically won’t be his IndyCar debut, that will come any the Indy road course event two weeks earlier, it will be his first main game race on an oval.

Not that he’s concerned; in fact, Brabham says he considers oval racing one of his great strengths. And having already tested at Iowa, and banked plenty of laps at Indy in the two-seater IndyCar, he is confident that he won’t be daunted by The Brickyard.

“I feel that I’m a good oval driver, because I’ve only ever had good results on ovals,” Brabham told Motorsport.com.

“I’ve never had a bad result on an oval, I’ve always been around the Top 3. I’ve had an awesome streak on ovals, and I’ve loved racing on them ever since I got over to the States.

“I am a good road course racer, I grew up racing on road courses so that’s where I have the experience. But I feel like I’m adapting to ovals almost quicker than I did road courses. It’s a huge challenge, sure, but I’m confident in oval driving, and I love it.

“So I feel quite confident I can get up to speed at Indy really quickly. I had a great race there in Lights; I nearly won, I just got pipped at the line by 0.005s. I’ve had some great races and battles around Indy.

“And I’ve driven the two-seater IndyCar around Indy a lot as well, I’ve done a lot of laps with that.

“The other thing that really helps is that I did an IndyCar test at Iowa with Andretti, and that’s a pretty daunting oval to get started with. And I felt quite confident there. S

“So I’m not too worried about Indy being daunting, or flying into Turn 1 flat-out. It will be a challenge, I’m not denying that, but I feel confident about it.”

The 2016 Indy 500 may be Matt Brabham’s first, but he does have one serious advantage over other rookies as he prepares to make his debut – his father Geoff Brabham.

Brabham Snr started 10 Indy 500s between 1981 and 1994, something Matt Brabham says will be invaluable in the lead-up to the month of May.

“I’m not really sure what to expect, but I’ve got my family around me,” he added.

“My dad has raced at the Indy 500 10 times, and raced a lot in IndyCar, so he’ll be coaching me along and giving me the advice that I need.

“So I’m not too worried about learning things and getting involved; I’ve been watching from the sidelines for the last five years, so I think I have a pretty good idea of how it all works.”

Chevrolet ready for 2016 IndyCar series season-opening event on the streets of St. Petersburg