Matt Brabham, who on Sunday will start his first Indy 500, says he and his race engineer have been studying how last year's Indy winner Juan Montoya evolved his car over the course of the race. 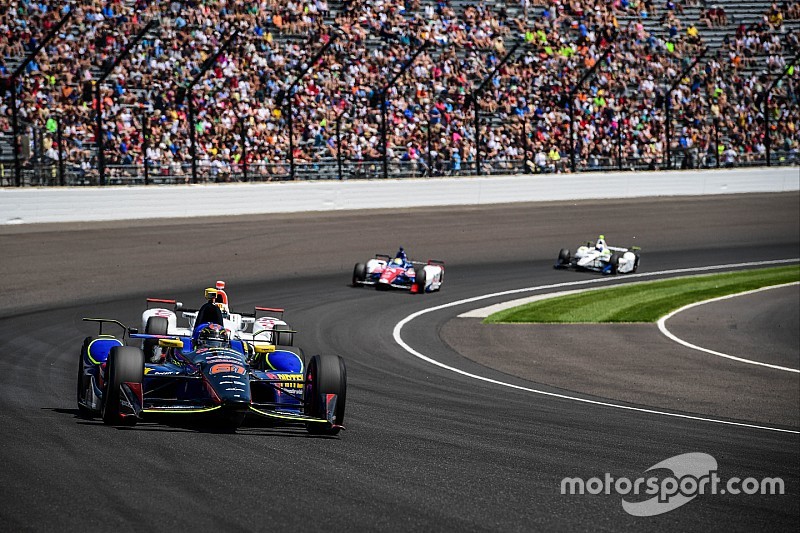 The Pirtek Team Murray-KV Racing driver described his and veteran race engineer Andy Brown's past two weeks together as “very productive”, particularly with regards to improving his technical understanding and also polishing his on-track technique.

Brabham told Motorsport.com: “What’s helped has been Andy and I going over previous races. We studied what Montoya did last year, what his progression was on his setup and what he was asking for throughout the whole race. So we’re leaning a bit toward what they and others have done in previous races.

In terms of learning what to ask for or just describing the symptoms for Brown to interpret and act upon, Brabham says: “I think I’ve got a good grasp on some of it, although not to the extent of a veteran.

"At the end of the day, it’s going to be all new to me once we get to the race… and also it’s a bit unknown for everyone how the track’s going to evolve. You can never prepare accurately, even in practice.”

Brabham, who is driving the #61 in recognition of the year his grandfather Sir Jack Brabham drove a rear-engined Cooper to ninth on his debut at IMS, said he and the team had made great strides from last week to this in terms of getting a handle on the car’s aero deficiencies.

“The car’s handling has been way better this week. Last week, we were struggling with a lot of aero push. When I ran in traffic for the first couple of days, I couldn’t really get close to people so I was getting kinda swamped.

“But this week I felt way more comfortable; I could stay in the pack and make more passes, and trail behind guys through the turns and see what they were doing.”

Brabham did, however, admit this progress wasn’t just down to car improvements but also due to his hugely increased experience and improved technique.

“Yeah, yeah, a bit of both I suppose,” he nodded. “I’ve definitely learned how to place my car in the correct spot to get clean air in the turns and then also the car’s been getting where we can lean on it and trust it more.

“Hopefully we can have another step on raceday.”

Kanaan confident of contending for victory

Sato leads Foyt trio, but admits "we still need to work on it"