Brown: McLaren full-time IndyCar return more “when” than “if”

McLaren CEO Zak Brown has admitted that it is probably only a matter of time before McLaren joins the NTT IndyCar Series with a full-time team, although whether that happens in 2020 or 2021 has still not been decided. 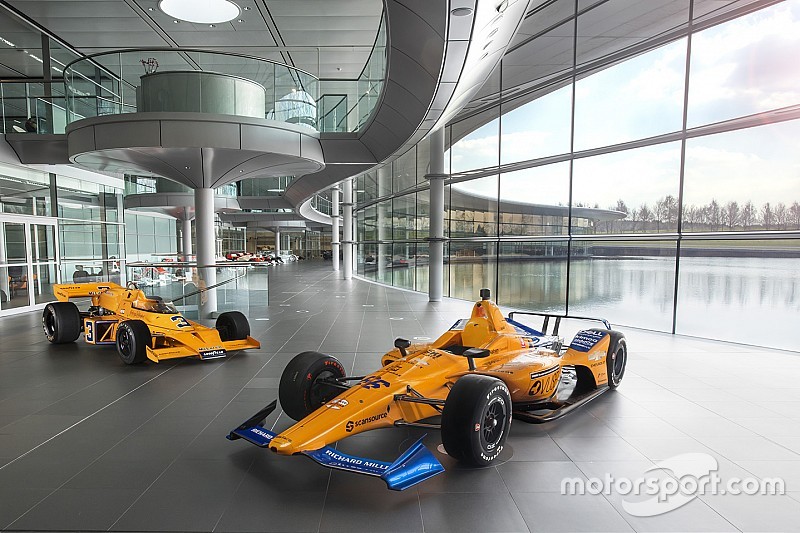 Following McLaren’s return to the Indianapolis 500 with Fernando Alonso as part of the Andretti Autosport team in 2017, McLaren and Alonso are heading back to IMS this year with an independent project, albeit in a relationship with sophomore IndyCar squad Carlin Racing which will see an exchange of data and feedback.

Attending the Acura Grand Prix of Long Beach to compete in one of the support races, Brown told media that McLaren shareholders are very interested in joining the NTT IndyCar Series fulltime, now that leading roles in the company’s F1 squad have been filled.

“We're a big fan of this racing series,” he said. “I think Mark Miles and team have done an excellent job. The racing is outstanding – great teams, great drivers, great venues. So it's a place that McLaren would like to race.

“And so, going ahead and getting the equipment, making the investment in doing Indianapolis this year in the way we are is another step in that direction.

“There is no doubt that the shareholders at McLaren would like to be in IndyCar. I think it’s more of a when than an if, and if we were to do it for 2020, I think we’d need to make that decision in the summer in order to be properly prepared.

“So it's nothing that we've ruled out for 2020, and that decision will come some time in the summer, and if not then, then we'll look towards 2021.”

McLaren built a strong legacy in Indy car racing in the 1970s, both as a works team, and through other teams – notably Penske – running McLaren chassis. Three times the Indy 500 winner was racing a McLaren (Mark Donohue in 1972, Johnny Rutherford in ’74 and ’76), while Roger McCluskey in ’73 and Tom Sneva in ’77 landed the Indy car championship driving McLarens. By the time the brand pulled out of Indy car racing at the end of 1979, it had amassed 28 race victories.

Brown later told Motorsport.com: “I need to be convinced over the timing of the move. I’m certainly convinced we should be in IndyCar, but I need to make sure that we’re happy with where we are in Formula 1. We had a good off-season and a good first couple of races, but it is only a couple of races. This weekend [in China] has not been a great weekend so far, but we knew it would be that way with how close the midfield is packed.

“But the shareholders are very supportive of going IndyCar racing. It’s more a question of when than if, and that will be a collective decision. I’ll go forward with the ultimate recommendation when the timing is right and when we as an organization can do multiple racing series competitively without one draining the resources from another. And we’re just not there yet.”

Brown said the decision would not be contingent on IndyCar introducing its new car in 2022, nor would he be drawn on whether he wants McLaren to join with a potential third engine manufacturer or with one of IndyCar’s current OEMs, Chevrolet and Honda.

“No, I think when we’re ready to go racing, we’ll go racing,” said Brown. “IndyCars aren’t that expensive so when certain equipment gets introduced is not going to have an impact on when we make the move.

“Engine decisions would depend on who it is, how far advanced are they and how much confidence do we have in them. We’re very happy with Chevrolet [for this year’s 500], and the relationship we’re building with them. But like all these things, you have to review them on a case-by-case basis.”

Following his test at Texas Motor Speedway this week, Alonso sounded uncertain about whether he wanted to race full-time in the IndyCar Series, and his contract with McLaren is due to expire at the end of the year.

On that matter, Brown said: “We have the basis of a longterm arrangement. Like all contracts, there’s a variety of elements to it,” while on the subject of whether Alonso was intrinsic to McLaren’s putative IndyCar plans, Brown gave a simple “No.”

He also said that the team would be based in or near Indianapolis but that he would not be looking at any kind of partnership with an existing team.

“The reason we’ve gone that route with Carlin for this year is that it’s a single-car team,” he explained, “so you still need an association with more experience than we have.

“But if you make the leap to come in on a full-time basis, we’d be self-contained as a two-car McLaren Racing team.”