With Lloyd Read joining Bryan Herta Autosport’s Indy Lights team, the latest priority of the organization has shifted toward its IndyCar squad for 2014.

Three drivers seem to be in contention for the seat, so let’s look at each one and their chances for 2014.

Hildebrand drove for BHA at Sonoma and at Fontana after Alex Tagliani was asked to step aside from his driving duties. Hildebrand was released from his duties at Panther Racing after his fourth lap crash at the Indy 500 and the other happenings during the early part of 2013. Hildebrand managed a 16th at Sonoma and barely missed the top 10 at Fontana with engine woes. 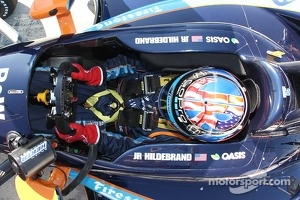 Filippi drove for the team at Mid Ohio, Baltimore and Houston, with a best finish of 10th in the first Houston race. It would tie for the best finish of the year for the Honda-powered team as Tagliani got 10th at St. Petersburg and at the second Toronto race. He led a lap in the first Houston race and had a great run going until the pits were closed at the start of a yellow late in the race. He managed to pass 3 cars in 12 laps to get 10th place and put himself further in contention to gain a race seat for 2014.

Hawksworth tested for Dale Coyne Racing at Sebring before he tested for BHA and sources say his feedback was excellent and his times were good. Hawksworth drove for Schmidt-Petersen Motorsports in the 2013 Indy Lights season after spending 2012 in what was then known as the Star Mazda championship, winning the title in his rookie year with Team Pelfrey.

Hawksworth has not announced his 2014 plans, which might mean he’s close to signing a deal to run in IndyCar. 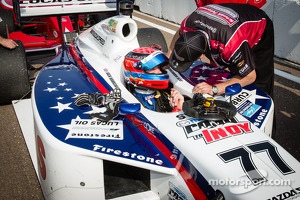 Hawksworth’s test gave BHA a good indication of how 2014 could look, as Bryan Herta explained to RACER.com, “It gives us a chance to get out and test Honda’s new twin-turbo engine and we get to evaluate Jack while we’re finalizing our budgets and driver selection process.”

Either way, BHA will most likely announce their 2014 driver at their spring Barber Motorsports Park test. Odds are, BHA’s driver will most likely be either Hawksworth or Filippi, but the good news is that Bryan Herta’s looking for talent and not necessarily who brings the biggest budget, as he told RACER.com,

“We’re still working towards funding the car ourselves so we can make the driver decision ourselves. We’ve been able to hire the driver of our choice and that’s not something we plan on changing.”

Official: Villeneuve to race the Indy 500