Ed Carpenter says the fifth and sixth places scored by Spencer Pigot and Ed Jones in the IndyCar Grand Prix were satisfying because they showed the ECR-Chevrolets were quick in both the dry and the wet – and he expects another strong showing in the Indy 500.

Jones and Pigot started fifth and 12th respectively, Jones’s Ed Carpenter Racing Scuderia Corsa machine proving the fastest Chevy car after outqualifying all the Team Penske cars, and Pigot hampered only by getting caught behind another car and having a slight setup issue.

Come the race, both cars were running in the top five by quarter distance and although they were passed in the wet final stint by eventual winner Simon Pagenaud, the pair held on to finish fifth and sixth, albeit with Pigot passing Jones three laps from the checkered flag. It was by far the team’s best result of the 2019 season.

Carpenter told Motorsport.com: “Last year we were quick in this event but our guys had first-lap accidents and didn’t get to show their pace in the race. But I think our engineers made good adjustments for this year with the tires being a little different and both Spencer and Ed did a good job.

“With this being only a two-day show, it’s one of those events where if you don’t start off in the setup window, it can be very hard to get there, especially with the field being as tight as it is. Fortunately we started with a good baseline and we were able to keep up with it from there, and our cars were good.

“Spencer made a great start, got up to seventh from 12th in that first stint. We went off-sequence with Ed because he thought maybe he had a tire going down but I think it was just tire build-up when he went off line as [Jack] Harvey got by him, and when that happens it can feel bad enough that something’s broken.

"So we gave him a slightly slow stop because we were checking his car didn’t actually have some damage, but then the strategy came back to us, we pitted at the right time for wets, and some of the other guys gambled on staying on slicks.

“But saying that, it’s not like the old days where the cars require that much different a setup in the wet. I think if you have a good balance in your car, it should carry over in all conditions. I think we saw that with our cars: we were quick in the dry and the wet.”

Carpenter said that the result should be a boost to 2016 Indy Lights champion Jones, for whom ECR is his third team in as many seasons.

“Yeah, Ed’s had good runs and some not-so-good runs, but I think we’re still learning him and what he needs from a car, at the same time as he’s learning what we do with our cars that might feel different for him. So it’s requiring some adaptation on his front and our front, but together I think we’re getting there.”

Optimism for the Indy 500 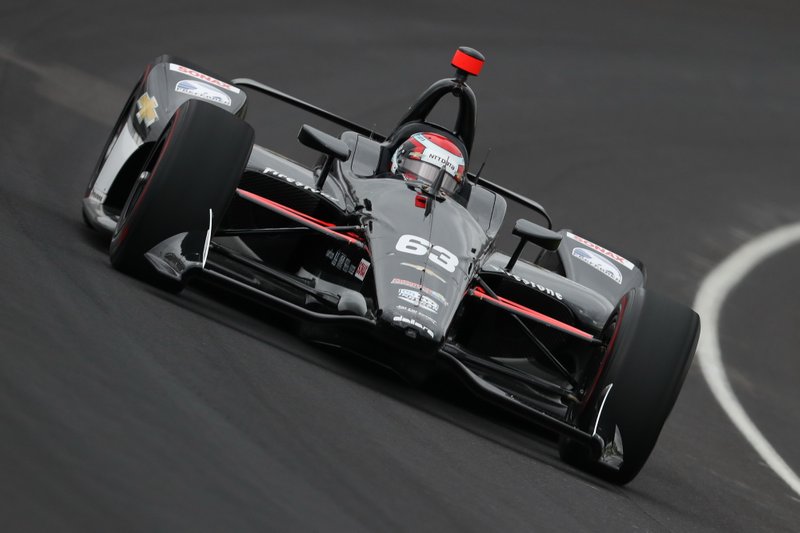 Ed Carpenter will return to the cockpit of the #20 ECR entry for the 103rd running of the Indianapolis 500, with Jones’ ECR Scuderia Corsa entry becoming car #63.

It will be the first time Carpenter has raced an IndyCar since last August’s round at Gateway, and the first time his team has run three cars since he, Pigot and Danica Patrick teamed together for Indy last year.

Carpenter took his third Indy 500 pole and went on to finish second, and saw both his teammates make the Firestone Fast Nine – Pigot sixth, Patrick seventh. He’s optimistic that ECR can again shine, especially considering the newcomer to the lineup, Jones, finished third at Indy driving for Dale Coyne Racing in 2017.

“Ed certainly came onto the scene in a big way when he was running as a rookie with Dale,” said Carpenter, “so he clearly knows how to lap around here. He was good that whole month although last year [at Ganassi] was different. But he seemed to be pretty comfortable with our car at the open test here two weeks ago, so I think we’re all optimistic.

“We’ve gotta go out there and see how things stack up, though. You never know what the week’s going to look like, and it’s only as you get to the weekend that people reveal what’s in their hand.

“I think the three of us will start practice pretty similar to each other, and then go in different directions – divide and conquer to cover off the things we want to do and see, like what works over one lap, what works best in traffic and so on.”

Carpenter was encouraged by the test on the Speedway’s legendary 2.5-mile oval on April 24, in which the ECR cars finished second, third and seventh fastest, although he’s well aware that the data acquired on a cool and rain-interrupted day in late April will not all be applicable to a possibly hot and humid day in late May.

“We all liked the way the car was handling in the test,” he commented, “although there are certain things still to work on. Last year Spencer and I were pretty similar in setup for this track, just a couple of little differences.

"So at the test, last month, we all started from the same baseline but went through different test lists. But it’s like to be very different conditions next week for qualifying and the week after for the race, so we have to stay on top of that and keep up with how the track and conditions are evolving.”

Carpenter said he hadn’t yet gotten a read on whether Chevrolet had maintained its edge in top-end power over Honda at IMS.

“Again, the way that test day was, it was hard to make comparisons between the engines,” he said. “It was abbreviated and stop-start and it was hard to know who was really trimming out and who was doing what. So it’s to be determined at this point whether Chevy has an advantage, whether Honda has stepped up, whether it’s even.

“But in terms of the road course, I’d say we didn’t feel like we were lacking anything here; Chevy gave us good tools to work with and they consistently deliver the right thing for us.” 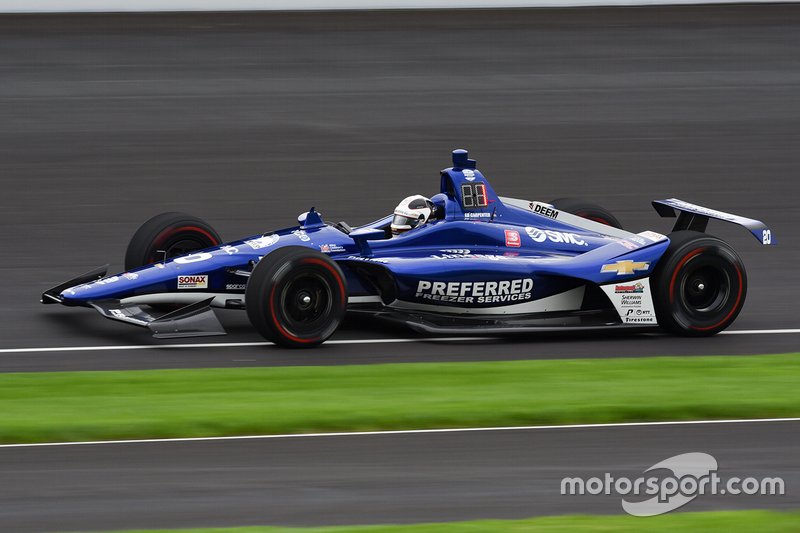