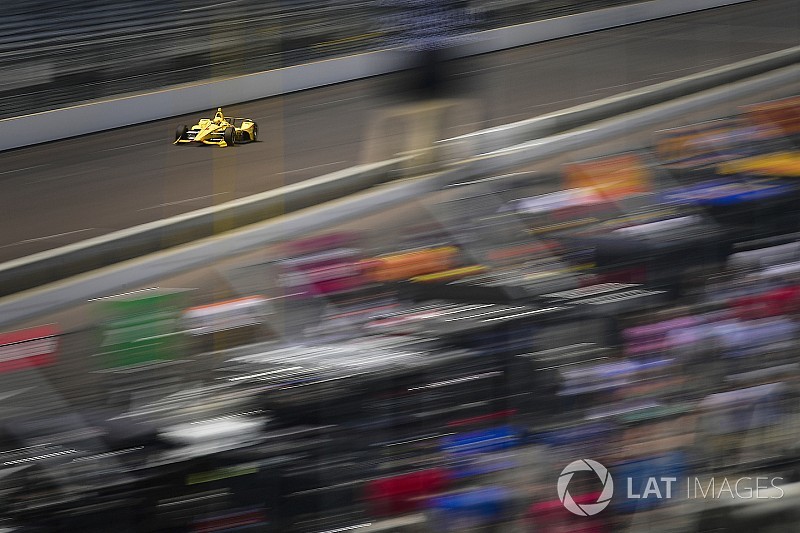 The new engine framework is set to feature a 2.4-litre twin-turbo V6 powerplant with an initial goal of 900hp, potentially rising to 1000hp by 2026 after year-by-year development.

IndyCar has used 2.2-liter turbocharged engines producing between 550-700bhp since IndyCar switched to the DW12 chassis at the start of the 2012 season.

“When you’re talking about 900 horsepower, definitely 230[mph] is probably going to be the midfield”, said Castroneves. “You’re going to start talking about 234, 235. It’s huge.

“You’re definitely going to have some lifting like there used to be a long time ago. It will change the way you perform here for sure.”

Two-time Indy 500 winner Arie Luyendyk holds the qualifying record at the Indianapolis Motor Speedway, set in 1996, with a one-lap record of 237.498mph and a record four-lap average of 236.986.

The new engine development is part of IndyCar’s campaign to attract a third manufacturer to the series.

Testing on the new engine will start in the summer of 2020 ahead of its debut for the ‘21 IndyCar season.

Three-time Indy 500 winner Castroneves is competing in this weekend’s race as a two-off [along with Indy GP two weeks ago] after switching to Penske’s new IMSA SportsCar Championship for 2018.

He joined Penske in 2000 and was the first of Roger’s drivers to reach the 30-win mark.

“I said it before, I should have stuck around”, says Castroneves. “I’m definitely going to stick around. I’m going to be making friends, continue to be with Team Penske hopefully.

“But no question, it’s a great opportunity.”

Hinchcliffe bumping from Indy 500 is "sad" and "great" for IndyCar