Castroneves vows to race in Indy 500 “for next few years” 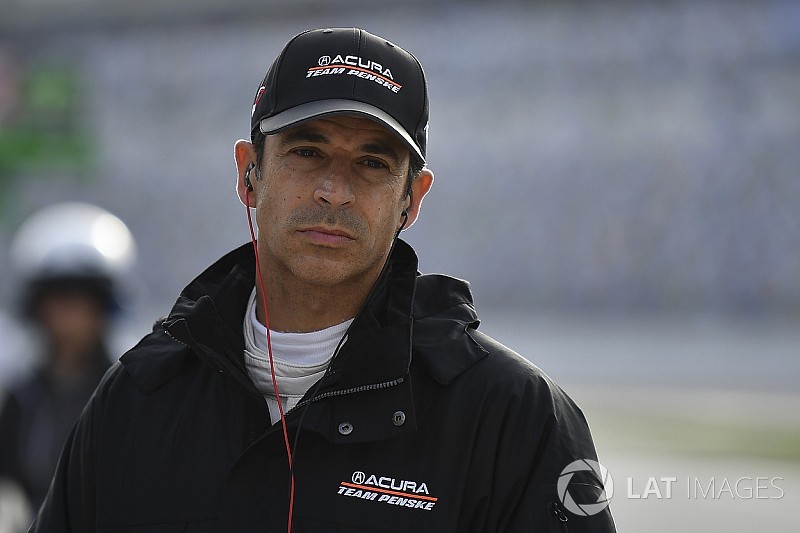 Helio Castroneves says the drive for his fourth Indianapolis 500 win will ensure he keeps returning to IMS in May, despite his fulltime role now being in the IMSA WeatherTech SportsCar championship.

The three-time Indy 500 winner was one of the stars of the Rolex 24 Hours at Daytona, despite hitting trouble on the debut of the Penske-run Acura ARX-05. But although he is relishing the challenge of sportscar racing, he says his plan is to continue running in the 500.

Whereas teammate Juan Pablo Montoya last year had a “bonus” GP Indy/Indy 500 ride with Team Penske after his fulltime IndyCar career ended at the end of 2016, Castroneves suggests he will be making repeat runs at IMS.

“We gotta get that fourth win!” he said. “Hopefully this year we’ll make it… then we gotta talk about five!

“Right now, for the next few years for sure [I will race at Indy].”

Asked if he could confirm that meant at least two more years, he replied, “Yeah.”

Although he will arrive for the GP Indy this year lacking experience of the radically new 2018 aerokit when compared with the majority of his rivals, Castroneves says he is confident he can adapt swiftly.

Indeed, he cites his latest sportscar experiences as a potential aid.

“I feel being in sportscars right now could help me [adapt to the ’18 car] because I’ve got to adapt quick,” he said. “It doesn’t need to be the same car all the time, and this is perfect timing.

"I will do the Indy GP, so I can get familiarized a bit with the car, and also the mechanics who will do the 500 can get the rhythm back and everything.

“It’s a great opportunity, and I also have my teammates to rely on. There are a lot of ways I’ll probably be able to adapt quick, but this is a great way to start it.”

On the subject of why he made the switch to sportscars, despite finishing in the top four in the 2017 IndyCar championship and achieving a win and three pole positions, Castroneves bluntly said his decision was about career longevity.

“It’s an opportunity that Roger [Penske] gave me to be here in sportscars. I couldn’t pass it on,” he said. “To do one or two more years in IndyCar, we talked about it. But I could see a longer future here and that’s why I decided to take it.

“At this stage of my career, a lot of people might say, what the heck am I doing? To be honest, I think it rejuvenates because you start all over again.

"I have a [driver in his 20s, IMSA partner Ricky Taylor] telling me and I’m asking for his opinion, because he has the experience. We’re doing things that I never did before.

“Even the team is actually doing things they never did before. I think it’s great momentum for Team Penske. We’re going to translate it to the NASCAR side, to the IndyCar side. Everything is brand new.”

“Scott Pruett [57] is finishing his career now. I admire drivers that keep going that long. I want to keep competing and challenge for wins. That will be the goal.”

He qualified second for the Rolex 24 last week before dropping out of contention for victory after contact with the Action Express Cadillac of Felipe Nasr.