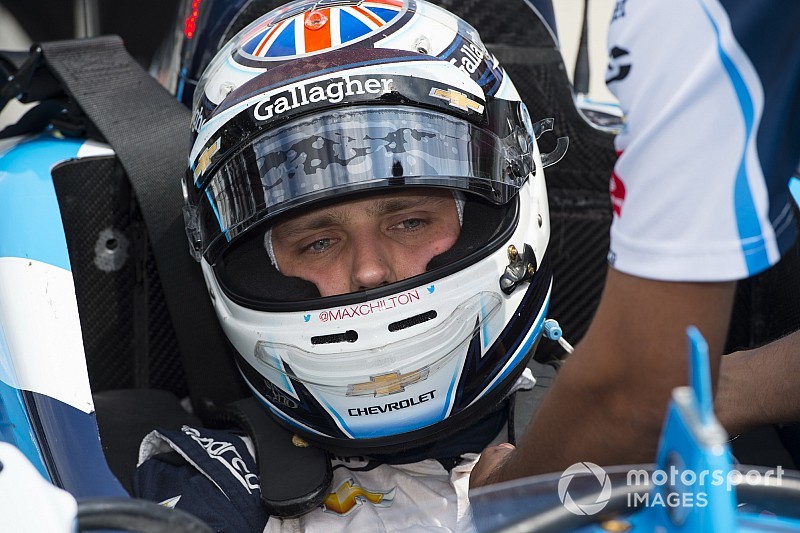 Conor Daly will join Carlin-Chevrolet for this weekend’s DXC Technology 600 at Texas Motor Speedway, as Max Chilton has decided to halt his oval-racing campaign at least for this season.

Chilton did not fully explain his decision to stand down from the #59 Gallagher-sponsored entry for the NTT IndyCar Series’ Texas, Iowa, Pocono and Gateway rounds, but inferences can be drawn from his comments regarding safety.

“I would like to thank Gallagher for being supportive of my decision to not compete in the remaining oval races this season – I am extremely fortunate to have such a supportive partner,” said the ex-Formula 1 driver who is now in his fourth season of IndyCar racing. “Risk Management is a central consideration of both Gallagher and myself in how we operate.

“I’m excited and pleased by the outstanding proactive work being done by IndyCar around driver safety and the innovation of the solution developed in partnership with Red Bull Advanced Technologies that has created a new Aeroscreen. The innovative solution will be the most advanced single-seater driver head protection in the world and will be introduced in 2020.

“My focus remains on getting the best possible results for the No. 59 Gallagher Carlin crew and I will be helping the team and Conor in any way I can to that end.”

Chilton scored his first Indy Lights win at Iowa Speedway in 2015 with Carlin, and also starred in the 2017 Indianapolis 500 driving for Chip Ganassi Racing, leading more laps than anyone else (50) and finishing fourth. However, last month he failed to qualify for Indy.

By contrast, Daly made a big impression for the Andretti Autosport team in the Indianapolis 500, finishing in the top 10, and he is known and respected within Carlin for his efforts in the GP3 Series back in 2011.

Said Daly: “I want to thank everyone at Carlin and Gallagher for the opportunity to get back in a racecar at Texas. I thoroughly enjoyed working with Carlin back in 2011 as I started my European racing journey and to now drive for them in the NTT IndyCar Series is pretty special. I look forward to being able to contribute to the team as best I can.”

Daly will join Charlie Kimball, 2017 Texas polesitter for Ganassi, who returns to replace Patricio O'Ward, as per original agreement.