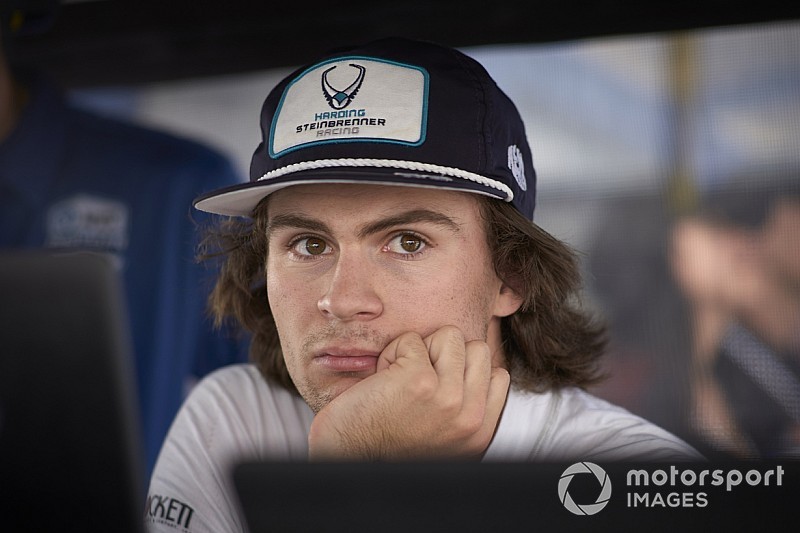 Mike Harding and George Steinbrenner IV have run what amounts to a fifth Andretti Autosport entry this year, with the team run by Brian Barnhart but populated by Michael Andretti-employed principals.

These have included Herta’s race engineer Nathan O’Rourke and fellow engineer Andy Listes, who have had a free and open data exchange with the engineers for AA’s four established drivers – Alexander Rossi, Ryan Hunter-Reay, Marco Andretti and Zach Veach.

Although Herta currently lies only third in the rookie standings and 14th overall, his startling speed has helped produce a win at Circuit of The Americas, pole position at Road America and has regularly made him a threat to the established aces in the NTT IndyCar Series.

Herta declined to comment on talks for next season but told Motorsport.com that a return to Harding Steinbrenner Racing “doesn’t seem like it’s going to happen.”

He continued: “There’s a lot of talk about what I’m going to do next year, none of which I really want to say yet. Anywhere I go, it has to make sense, it has to be competitive. If it’s not going to be competitive then why leave the situation I’m at right now where I can fight for poles and wins?

“Obviously if there’s something better on the table, you can’t wait, especially when you’re this young, you might not get another shot, you might get spat out like a lot of drivers do.

“If there’s an established team that’s available, I think I have to take serious consideration into it. As of right now I don’t like thinking about contracts for next year, I prefer to get through the season. My sole focus is on Harding Steinbrenner right now.”

However, a source within the team has told Motorsport.com that both Andretti, who already had an option on Herta, has found a way to take up that option and retain the 19-year-old, despite all four ‘regular’ AA seats being occupied. It’s understood that nothing has been signed, but that a new deal should be announced within the next few weeks.

Among Herta’s suitors was the new-for-2020 Arrow McLaren Racing SP squad, formed by the recently announced merger between Arrow Schmidt Peterson Motorsports and McLaren Racing. However, that team will run Chevrolet engines, and Honda – like Andretti – was keen to retain an obvious rising star in its ranks.

Herta, who was a multiple race winner in MSA Formula and Euroformula Open while racing in Europe 2015-16, said he hasn’t completely given up on reaching Formula 1, but that he would be equally happy securing a top seat on the U.S. open-wheel scene.

“I think you always have to look at Formula 1,” he said. “I don’t have a superlicense at the moment.

IndyCar qualifying at Pocono canceled due to bad weather