Dario Franchitti shocked his collegues and friends when he announced he was stepping out of the cockpit.

Andretti Autosport: "We are saddened to hear about the retirement of Dario Franchitti. Over the years he has become more than a former driver, he is truly a great friend and will forever be a part of the Andretti racing family. 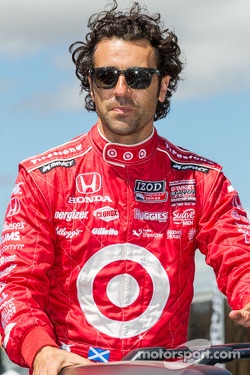 Dario captured his first championship and Indy 500 victory with us, and the team's strong history is much to Dario's credit.

We'd like to congratulate him on a successful career and wish him the best as he transitions into the next stage of his life. We have no doubt that he will continue to make a great impact on the sport of racing, albeit from behind the pit wall."

But it is his willingness to invest time to promote our sport outside of the car, to mentor young drivers aspiring to drive at Indianapolis, and to interact with our fans that make him one of the all-time great champions and ambassadors of the Indianapolis 500. We will miss him competing every May, but we look forward to celebrating his accomplishments in the Indianapolis 500 for years to come.

Ed Carpenter, from ECR: “I was really surprised to hear the news of Dario retiring. I was expecting for him to make a strong comeback. He has always been one of the toughest and most professional drivers that I have ever raced against. I will miss racing him on track, but am very proud to have competed alongside him. In my opinion, he is one of the all-time greats.”

Jimmy Vasser, from KV Racing Technology: "As a four-time IndyCar champion and a three-time Indy 500 winner, Dario has demonstrated time and again that he is one of the greatest drivers the sport has ever known. From personal experience I can say he has always been professional and competitive, but more importantly he has been a leader and a good friend. The entire KV Racing Technology organization wishes him the best as he moves into the next phase of his life."