Coyne on remarkable Bourdais win: “We didn’t have a top-three car” 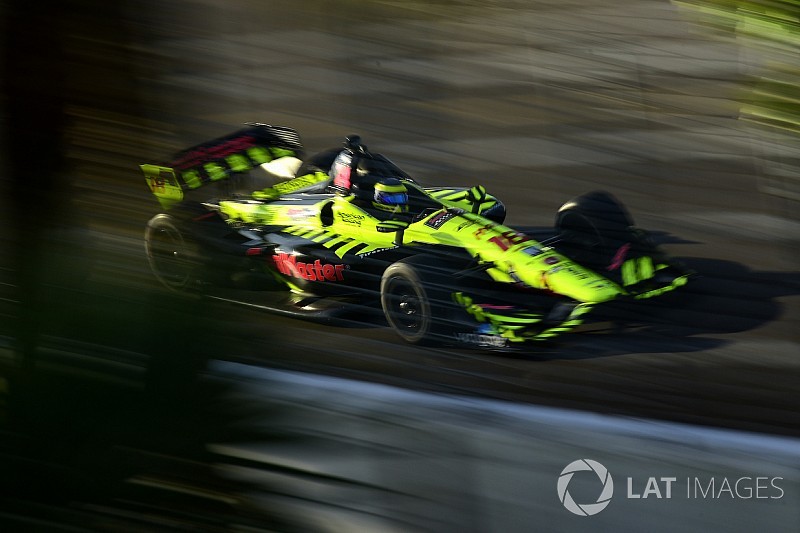 Team owner Dale Coyne says his team’s latest triumph on the streets and runway at St. Petersburg was very different from the 2017 victory because this year Sebastien Bourdais’ car wasn’t even a podium contender.

In 2017, Bourdais suffered an accident in qualifying that left him at the back of the field, but a full-course caution after he had pitted vaulted the #18 DCR-Honda to the front of the pack, where Bourdais was easily able to stave off Simon Pagenaud for the remainder of the race.

However, this past weekend, in qualifying Bourdais was caught out by a red flag and then had insufficient time and track space to improve his pace, and he wound up starting 16th out of 24 cars.

When the Dale Coyne Racing with Vasser and Sullivan entry picked up a puncture necessitating a pitstop on Lap 4 and fell to the back of the field, Bourdais again made it to the front when rivals pitted – but Coyne elected to keep him out on track under the next caution periods. This proved crucial in enabling the four-time champion to lead a total of 30 laps and hold down a legitimate third place in the closing stages – albeit with no answer to the pace of Alexander Rossi and leader Robert Wickens.

The Sealmaster car was brought back into contention following a spin by Chilton causing the field to bunch under caution, and then the Wickens/Rossi clash on the penultimate lap allowed Bourdais to duck through to claim the 37th win of his career, and his second straight at St. Petersburg.

"We got lucky. Even if Sebastien had got a proper qualifying run in, we wouldn’t have been at the front. With this [new aerokit], we’re still missing the balance between front and rear for this type of track. We’re not completely on top of what this car does, what changes do what.

“At Barber [Motorsports Park] we should be OK, but street courses… we’ve got work to do.”

Coyne is one of an the increasing number of IndyCar participants who don’t rate Sebring as a guide for setting up cars for street courses –although he admitted there was no alternative.

“No, I don’t think you learn a lot at Sebring,” he said, “it has too much grip. Everybody runs there and puts rubber down, and then it doesn’t rain in the winter time so nothing washes off.

“But there’s no other permanent course that has enough bumps for testing shocks and dampers.”

Coyne also praised his second driver, Zachary Claman De Melo who had made only one previous IndyCar start, but who avoided trouble and came home 17th, just one lap down.

“Yeah, Zach did fine, but I’m not surprised. If you look at his two years in Indy Lights, each half-season he got better and better.

“Today he kept his nose clean, battled hard, and I think we’re going to see him get better and better.”

Claman De Melo will start nine more races this season, sharing the #19 DCR car with Pietro Fittipaldi whose race debut comes at Round 2 in Phoenix.