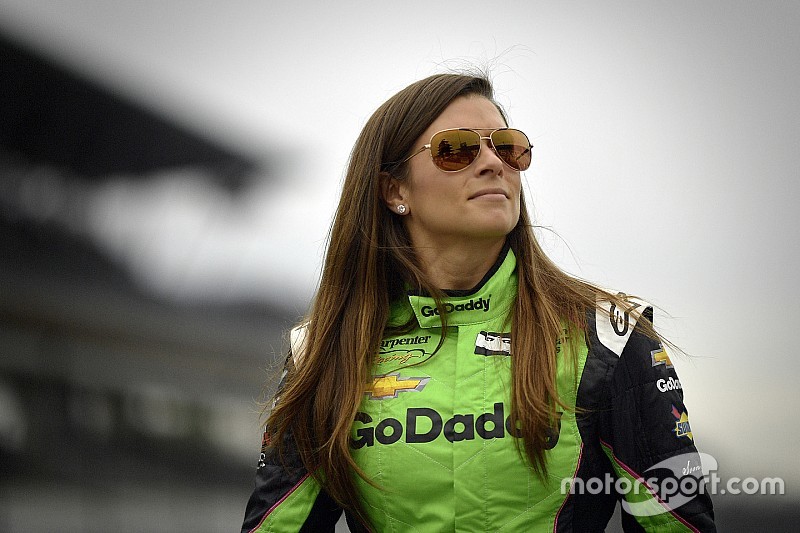 We conclude the first half of our Top Stories of 2018 countdown with a look back at Danica Patrick's final two race starts of a memorable career, in the Daytona 500 and the Indianapolis 500.

It was a surprise that Danica Patrick’s decision to retire hadn’t come sooner.

Her determination had rarely been questioned and she never went into motorsport to just make up the numbers, and yet that’s what she had been doing the previous couple of seasons, her development as a stock car driver having reached a plateau.

It was nothing to be ashamed of: countless drivers have tried to switch from open-wheel to stock cars and found themselves struggling to look anything better than average.

And there have been plenty of drivers who aimed for NASCAR from the start but who, judged objectively, achieved only mediocrity but convinced themselves that they and their situation will improve one day.

So was Danica’s decision to switch from IndyCar to NASCAR at the end of 2011 misguided? Yes, in terms of her racing career. She grew up in open-wheel racing and was good, although rarely startling in the Atlantic Series.

The same applied to her seven-year term in IndyCar, where she showed good pace on all types of oval, but perhaps lacked the sheer body strength to hustle an IndyCar on the limit around high-G road courses for a full race.

Patrick was never less than competent – she finished in the Top 10 on the points table for six straight years, the high point being fifth in 2009. But following the merger between the Indy Racing League and Champ Car, the field doubled in depth and a lot of those ovals where she had shone were falling off the schedule.

Podium finishes – of which she collected seven, including that famous victory at Motegi in 2008 – became harder to come by. That, and the fact that her devoted sponsor GoDaddy.com perceived NASCAR (accurately) as a way of getting much more bang for its buck, made Patrick’s switch inevitable.

Also inevitable, once the strong results failed to materialize, was that fellow competitors and the sport’s pundits would resent the attention she garnered, because it was out of proportion to her performances.

Stewart Haas Racing wasn’t complaining, but when GoDaddy pulled its sponsorship at the end of 2015 and no mega-budget replacement could be found as suitable replacement, it became harder to justify Danica occupying one of the top rides.

Her tearful announcement that 2017 would be her last full racing season came at the NASCAR finale in Homestead, giving the media another chance to reel off her unimpressive stats and express vexation that she was stealing publicity from the four championship contenders.

But what she said was significant – she would sign off her racing career in 2018 by entering NASCAR’s and IndyCar’s marquee events, the Daytona 500 and the Indy 500, with GoDaddy sponsorship.

For her stock car finale, Patrick raced a Premium Motorsports-run Richard Childress Racing-prepared Chevrolet, and finished 14th in the 60-lap Duel, earning her 28th spot on the 40-car grid, while in third practice she was fifth fastest and in final practice was ninth.

However, come the race, the #7 Chevy was involved in a multi-car wreck on Lap 102, and Danica’s stock car career was abruptly over.

Her drive for Ed Carpenter Racing at Indy was a lot more satisfactory, even if it again resulted in a shunt. At the venue and event where she had brought the crowd to their feet by leading 19 laps on her debut in 2005 and finishing third in 2009, the technique required to pedal a 225mph projectile around IMS came back.

After swiftly blowing off the rust to complete her Refresher Test, Patrick got on with business, listening to and contributing to debriefs with her temporary teammates - team owner and eventual polesitter Ed Carpenter, and Spencer Pigot, who would go on to grab sixth on the grid.

Patrick herself would get into the Fast Nine Shootout for Sunday, and then turned a 228.090 four-lap average to beat Helio Castroneves and Scott Dixon for seventh on the grid. It was a deeply impressive performance, that caused many of her critics to fumble for explanations, the best of which were that Chevrolet engines had an advantage and that ECR team build great cars for the Speedway.

Unfortunately, on raceday, she would become one of many victims of the tricky handling of the new-for-2018 aero package on superspeedways. On Lap 68, while running 16th, the luminous green #7 ECR-Chevy would loop into a spin and into the Turn 2 wall.

“It was definitely not a great ending,” said the understandably glum Patrick, “but I said before I came here that I feel like if it's a complete disaster – 'complete' as in not in the ballpark at all, looking silly – then people might remember that.

"If I win, people will remember that. But probably anything in between is just a little part of a big story. So, I kind of feel that's how it is.” 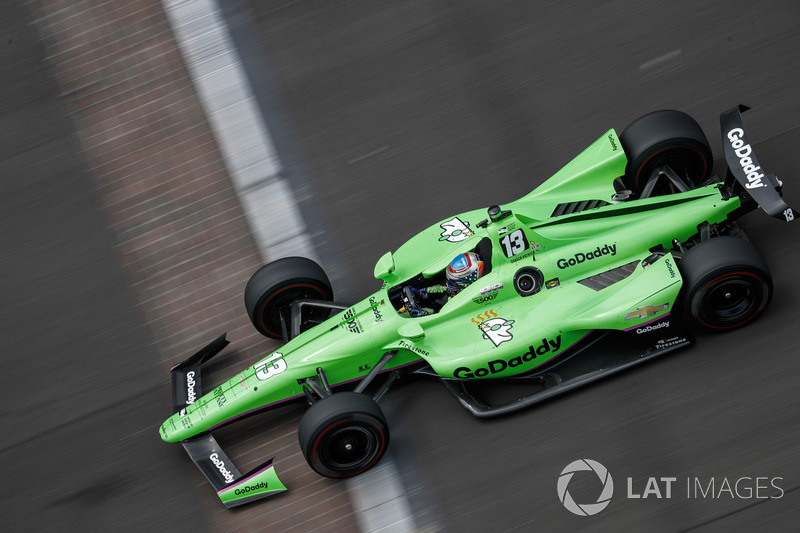