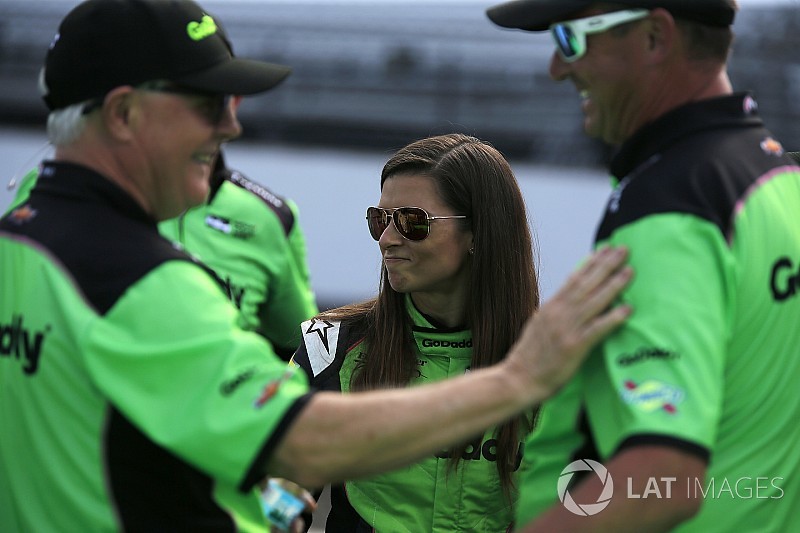 Danica Patrick said she was content with a “boring” and “comfortable” qualifying run to seventh on the grid for the 2018 Indianapolis 500.

The Ed Carpenter Racing driver, who is competing in the final race of her career and her first open-wheel race since the end of 2011, secured a guaranteed spot in the Fast Nine shootout after Andretti’s Alexander Rossi failed to knock her out of the segment in the final minutes of Saturday’s qualifying.

On her four-lap qualifying attempt on Sunday, she sealed seventh with an average lap speed of 228.090mph, which left her faster than both Helio Castroneves and Scott Dixon.

“You hope [qualifying] is boring, and it was pretty boring,” she said. “So as far as a run goes, to be going as fast as you can possibly go, yeah, it was pretty comfortable.

“I'm grateful for that, and I said to my engineer Don [Halliday] on pit road, I said, we're pilots. We're there in case something goes wrong, but other than that everything should be pretty predictable, pretty boring up there.

“You're pilots just ready for emergencies. That's what we're doing in the car, we're ready for understeers, oversteers, and you're there for it, so luckily it was pretty good.”

Patrick added that she will not miss the nerves she felt before qualifying.

“It's really hard to be having fun when you're this nervous and stressed out and that I'm glad it's going well,” she said. “It adds pressure, and as I get more nervous, the better it's going, the more nervous I get, because the more I feel like I have the potential to then let down the team or myself or somebody, let down the potential of the car.

“So it makes me more on the line, of course. I don't think I'll miss too much how nervous you get and how uncomfortable [it is] I'm not going to miss that discomfort, and it's a lot.”

Patrick admitted that she has thought about her impending retirement.

“It has crossed my mind that in a week I'll be getting ready,” she said. “And then a little bit this afternoon. In a week from now it'll be done.

“I mean, it's crossing my mind that there's only a week left. But other than that, I'm not really thinking about it.”