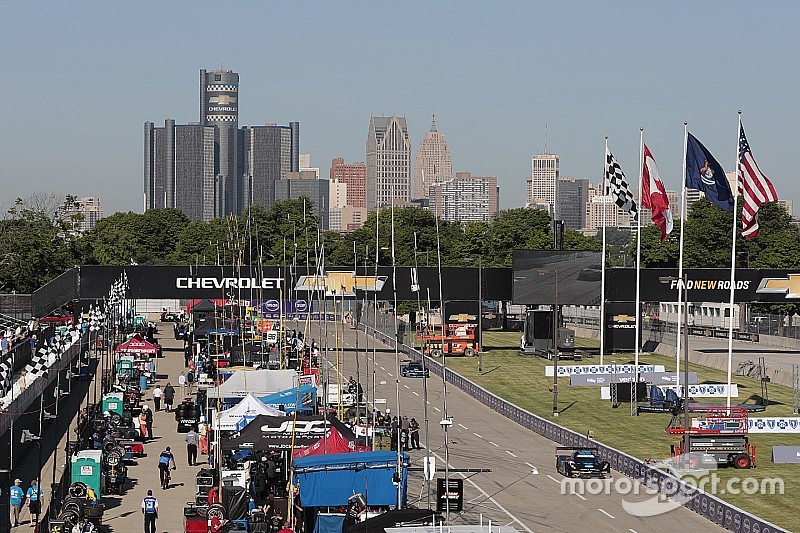 Michigan state officials have agreed a new contract extension with organisers of the Detroit Grand Prix to keep the event – which has been recently run for both IndyCar and IMSA – at Belle Isle for three more years.

The Detroit Grand Prix and Michigan’s Department of Natural Resources (MDNR) have reached an agreement for three years beginning in 2019, with an option for extending the agreement two additional years through 2023.

The previous agreement to host the Detroit Grand Prix on Belle Isle concluded with the 2018 race. Grand Prix officials listened to public feedback on the future of the race over the past year, and made some key changes that will guarantee its future under the new agreement.

The Grand Prix will also increase its annual total contribution for hosting the event on Belle Isle from $200,000 to $450,000 for each year of the new agreement. This includes an annual $325,000 event fee and a contribution of $125,000 annually to be used by the MDNR for specific projects on Belle Isle.

“We are excited that the Detroit Grand Prix will continue at Belle Isle for the next several years and we want to thank the State of Michigan for working with us on this new agreement, as well as our partners with City of Detroit and the Belle Isle Conservancy,” said Bud Denker, Chairman of the Grand Prix.

“This event means so much to Detroit, to Windsor and our entire community. We are proud to showcase the beauty of Belle Isle around the world every year and to make such a positive impact on the local economy with over $50 million in total spending generated annually as a result of the Grand Prix. Most importantly, we want to continue our goal of improving Belle Isle Park.

“The Grand Prix has made over $13.5 million in improvements on the island over the last decade and we know there's still a lot more work that needs to be done. Our team looks forward to building on all of the positive momentum and being part of the remarkable renaissance going on at Belle Isle.”

With the new agreement in place, event officials confirmed the Chevrolet Detroit Grand Prix presented by Lear will return May 31-June 2, 2019, with its customary date the weekend following Memorial Day to start the summer season in the Motor City.

“We listened to all of the feedback and we appreciate everyone's perspective and support of the Grand Prix,” said Michael Montri, Grand Prix President.

“This was an important process for all of us and we've made some significant changes to the event over the years as a result of the input we received from the public, as well as our partners. We're now focused on celebrating the 30th Grand Prix in Detroit's history in 2019 and we're excited to be back on Belle Isle.”

Dixon to remain with Ganassi