Dixon: Aeroscreen is “maybe where Halo needs to go” 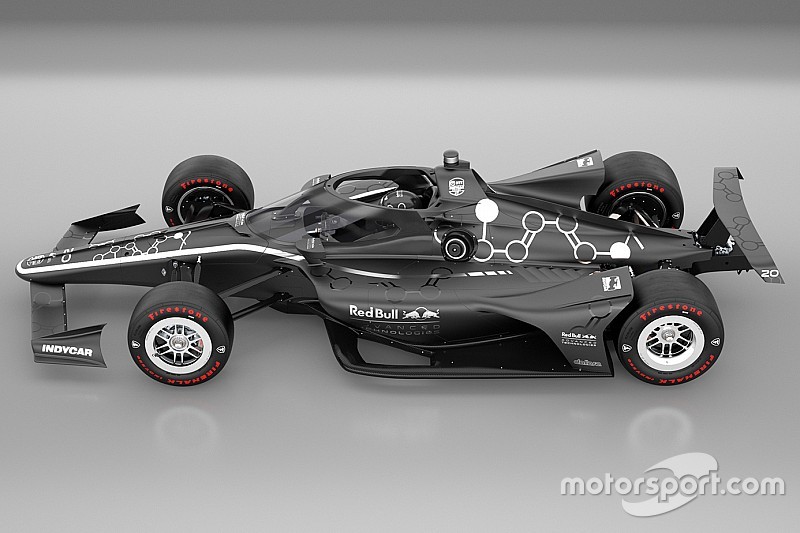 The NTT IndyCar Series' new Aeroscreen, developed by Red Bull Advanced Technologies, “ticks a lot more boxes” than the Halo, according to Chip Ganassi Racing’s Scott Dixon who has been involved in the screen’s development.

The Aeroscreen, which will be introduced for the start of the 2020 IndyCar season, utilizes a titanium frame similar in shape to F1’s Halo, but holding a polycarbonate laminated screen.

According to five-time IndyCar champion Dixon, the framework is out of the sightline of the drivers as they look around and ahead on banked ovals.

He told Motorsport.com: “There was this myth to start with that the Halo wasn’t going to work on the ovals. But then a few of us asked, ‘Has anybody actually tried it’. ‘Oh no’. So then we went and tried [the regular Halo], and I was like, ‘It’s not a problem at all.

“But then there was an issue of how it would be fitted to the current car. We’d have to go through a lot of modifications, probably having to do a whole new chassis, and I think the timing wasn’t correct with their five-year plan.

“I think the Red Bull Technology one ticks a lot more boxes. I’ve been involved in that a fair bit. How an F1 team works the process is pretty amazing, the things that they covered, all the improvements that IndyCar wants.

“It started with what IndyCar did with PPG and the technology they use for the screen itself is going to cross over. I think it covers a much bigger window, I think it’s good. I think it’s maybe where the Halo needs to go.

“Aesthetically everyone is going to have their opinions, but safety-wise it’s a big step forward.”

Asked if he felt the Aeroscreen was overdue, Dixon stated: “Probably for us, yeah. But again I think to do it correctly, you need to do it right the first time. I think the Halo was drawn up pretty quickly and I think they’ll see an updated version fairly soon.

“I think it’s cool to see Red Bull working their capacity when there’s really no gain for them. They had that vision [started in F1 as an alternative to Halo] and that’s what they wanted. They think it’s more safe and this was their avenue to start it again. I respect that, it’s pretty cool.”

Dixon, now in his 19th year of Indy car racing, has been intrinsic to the NTT IndyCar Series’ work to improve cockpit protection.

“I did all the simulator testing and then I did the Phoenix test. I think Josef [Newgarden] is the only other guy that drove it, at Indianapolis. There’s been no road course testing yet, but I think that’s due to start at the end of July.

“I think they actually have their first piece ready, and it’s nice. The current ‘shark fin’ AFP device utilizes those [mounting] points already, so it’s an easy attachment.”

Clive Howell – the man who was Penske perfect