Dixon on Texas win: “It's not often you get a runaway in this series” 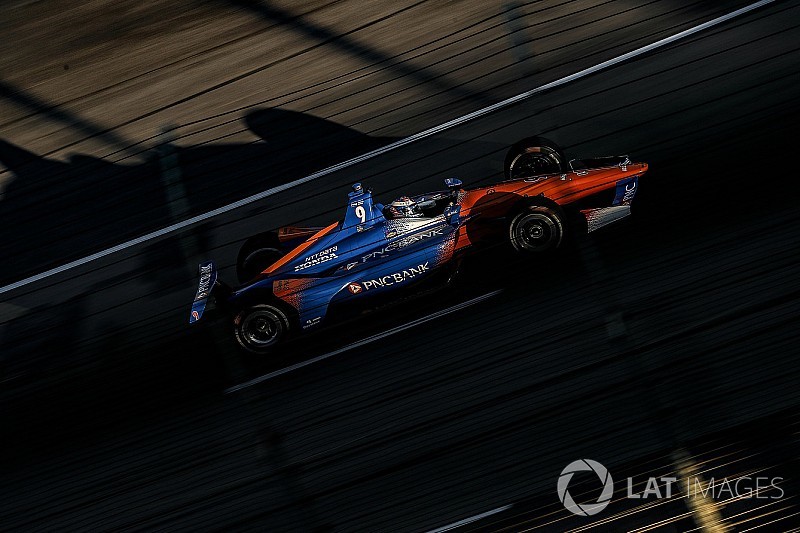 Scott Dixon described his third Texas Motor Speedway victory as an “all around great team effort” after leading the last 119 laps of the race, pointing out that kind of domination is rare in the IndyCar Series’ current era.

The four-time champion scored his 43rd Indy car win, to move into a clear third in the all-time winner list, and also grabbed the championship lead.

The Chip Ganassi Racing-Honda ace now heads Alexander Rossi by 23 points, Will Power by 36, Ryan Hunter-Reay by 49 and defending champion Josef Newgarden by 68.

“I think we kind of just played it fairly cool to start with,” he said afterward. “The car felt really good out of the box. We actually ran on some pretty heavily scuffed tires. Everybody was worried about how the tire situation was going to be. [So] I was very surprised to see how that first [stint] went. We went all the way to the pit window until we were out of fuel, which I didn't think was going to be a possibility tonight.

“We didn't really have any tire issues. There were a few marks on ours, but the speed and consistency was very good. I think Firestone did a very good job. It's always very tough coming to these tracks each year when circumstances change with aerokits, just because of the loading that we have here, especially on the right front.”

Dixon explained that the one worry he had was making it to the end without a fourth pitstop, when he knew some rivals were going to try to race flat out and make a fourth, while others without his pace were going to try and make it on three.

“I wasn't sure, we were kind of right in the zone to try and do that last stint without a pit stop,” he said. “We had to get a pretty big fuel number. That's what I was worried about. Simon [Pagenaud, runner-up] and I kind of checked out. I just automatically thought the others were trying to get to the end of the race without having to do that last pit stop.”

However, the caution period that followed Power’s collision with Zachary Claman De Melo meant everyone had the opportunity to make a final stop.

“All around a great team effort,” concluded Dixon. “Everybody at the PNC Bank crew was good. Car setup was obviously phenomenal. Strategy was perfect. So it's nice to have one of those nights. It's not too often you get sort of a runaway, especially in the series at the moment.

“The car was pretty good. It didn't fall off. That was the positive part for us throughout the night. Even at the end of the stint, if we had clear traffic, we could still run 215s and 216s.”