JR Hildebrand is to return to Dreyer & Reinbold Racing for the Indy 500, this time carrying the #48 made famous by Dan Gurney. 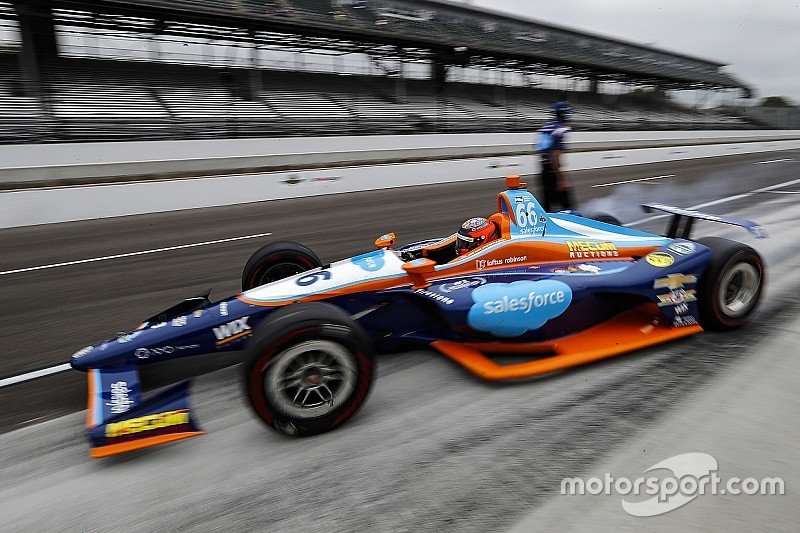 Following the February announcement that Dennis Reinbold’s squad will enter Sage Karam for the sixth time in the 500, DRR has confirmed that it will retain the same driver line-up as in 2018, running 2011 runner-up JR Hildebrand in its second car.

Hildebrand has made eight Indy 500 starts, none more infamous than in his rookie season than when his Panther entry was leading until the final turn of the final lap but skated on the rubber marbles into the wall as he lapped a backmarker. His second place behind the late Dan Wheldon nonetheless earned him the Indy 500 Rookie of the Year award.

Hildebrand, who won the Indy Lights and USF2000 titles in his formative years, made his IndyCar debut with DRR in the 2010 Mid-Ohio round, and earned fastest lap of the race.

“Last year, we had a great relationship with Dennis Reinbold’s DRR team in our initial Indy 500 effort,” said the 31-year-old California native, who now lives in Colorado. “I started my IndyCar career with Dennis back in 2010 when he brought me up to the big leagues in IndyCar racing. We have always had a great rapport over the years. I have always been impressed with the speed in the race of the DRR team.

“I’m thrilled to have Salesforce back on our racecar, and also honoring the great Dan Gurney with the #48 this year. Dan was one of my racing heroes, [and his] #48 won the 1975 Indy 500 with Bobby Unser driving. Now, we’ll celebrate Dan’s great racing achievements with the #48 car.”

Reinbold stated: “I’m very pleased to bring back J.R. to the Indianapolis Motor Speedway again this year. Last year, we expanded to two cars with JR and Sage and the combination worked very well. J.R.’s experience at Indy brings our team a lot of background to develop the cars quickly in practice and prepare for qualifying.

“With J.R. and Sage, we have two very talented young drivers who can compete for the win on May 26. Plus, running the #48 in honor of Dan Gurney is exciting for me and our team. Dan was one of my heroes as a kid and it will be great to have the #48 back at IMS.”

Alex Gurney, Dan Gurney’s son, noted: “The number 48 is special to our family as my dad took that number to second place in both ’68 and ’69 as well as a win for AAR as a team and manufacturer in 1975. This is a great tribute to my dad.

“JR Hildebrand is a special person as well as a fantastic driver and he seems always to be in contention for the win at Indy. I hope he can put the #48 up front in the big race.”

Hildebrand will not take part in this week’s 28-car test at Indianapolis Motor Speedway and will hit the track on Tuesday, May 14, when practice starts for the Indy 500.