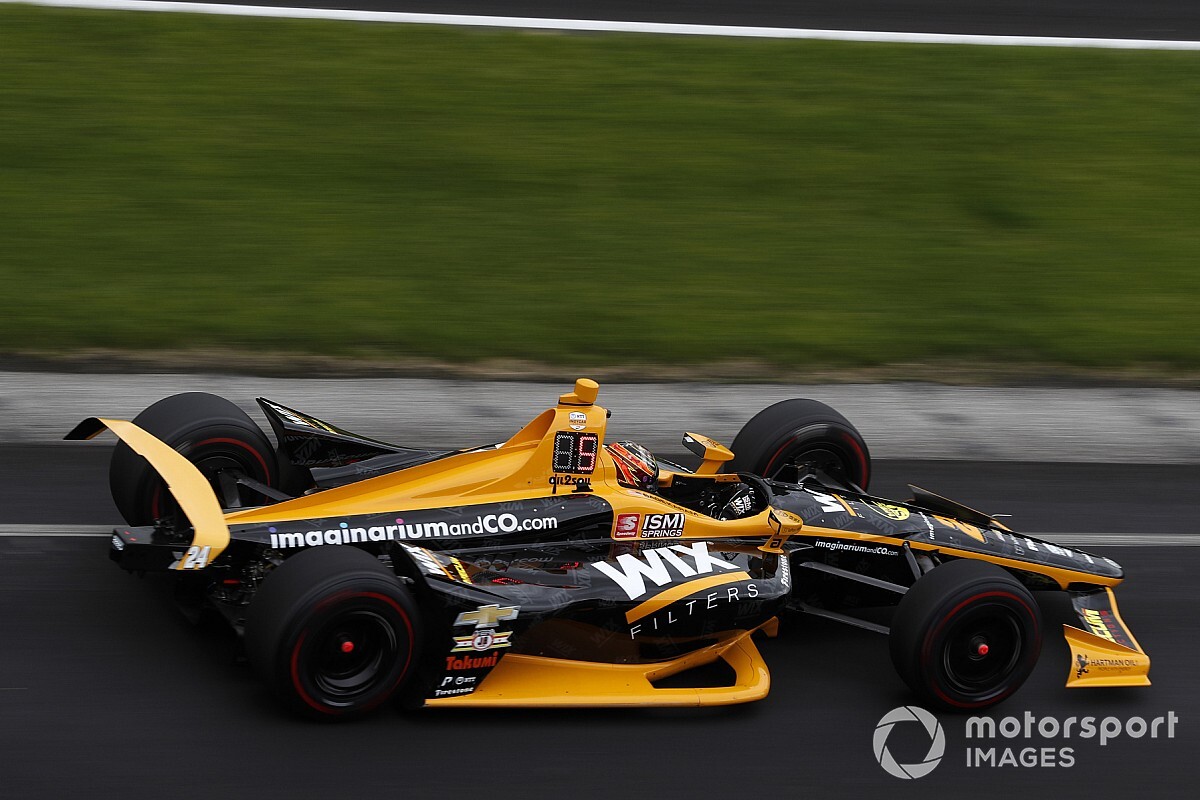 Karam, the 2013 Indy Lights champion, has raced for Dennis Reinbold’s team in five of the last six Indianapolis 500s, and the Carmel, Ind.-based squad also assisted Chip Ganassi Racing in 2015, the year it ran Karam.

However, Reinbold always planned for 2020 to be the season that his team moved on from Indy 500 one-offs and returned as part-timers for the first time since Oriol Servia drove for the team in 2013.

Karam’s most recent road/street course racing experience came far more recently, when he drove a second Carlin entry alongside Max Chilton at Toronto, and alongside Conor Daly at Iowa Speedway.

Explaining DRR’s first-ever race on the 2.439-mile, 13-turn road circuit at Indianapolis Motor Speedway, Reinbold stated: “We had planned to compete in the NTT IndyCar Series season opener at St. Petersburg with the expansion of the WIX Filters partnership. Then the Covid-19 pandemic came about, and we were put on hold.

“With some of the Covid-19 restrictions being lifted now, we felt that running Sage and the WIX Filters Chevy at the GMR Grand Prix at the Speedway would fit our racing plans. It’s been seven years since we’ve competed in a road or street course or anything outside of the Indy oval. And the Indy 500 has been postponed until August now too. But we are very excited to come back to IMS for the Grand Prix.”

Commenting on the preseason test at Sebring Raceway, he added: “We sat back after the test and knew we were relearning the things that we haven’t touched for a while with road racing. It’s been a lot of fun. We have a ton of data that we have worked hard to sort through. Our plan was A: not embarrass yourself, and B: be competitive, which is our goal.”

Said Karam: “Dennis and his Dreyer & Reinbold team have been so loyal to my racing career and I can’t thank them enough for their support.

“I look at Dennis as almost like a second father. I can go to him about anything. He’s one of the good guys of motorsports. I feel like I’ve been lucky and blessed to be able to come into this team as well as with a great partner like WIX Filters. I have been with them many years too.”

Practice and qualifying for the GMR Grand Prix of Indianapolis will be held on Friday, July 3, with the warm-up and race on July 4, in a double-header weekend with NASCAR.