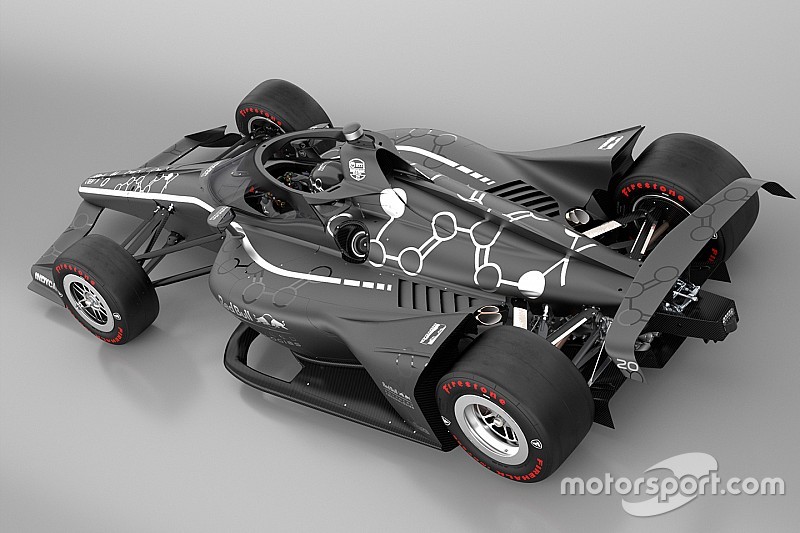 The NTT IndyCar Series has selected drivers for the first three tests of the 2020 Red Bull Advanced Technologies aeroscreen.

Since the aeroscreen’s 2020 introduction was confirmed back in May, there has been much speculation about how soon the cars could be fitted with the devices and hit the track for testing. The schedule had been pushed back by a month, partly due to Formula 1’s compulsory summer break.

In addition there were worries expressed by some engineers and drivers over how the altered weight distribution would affect the IndyCar’s handling characteristics and the demands on the Firestone tires, suggesting radical changes might be needed to the spec parts, including forward-swept suspension A-arms and increased widths for front tires.

However, both IndyCar president Jay Frye and Cara Adams of Bridgestone Americas have played down those concerns following a test at Texas Motor Speedway, when the Team Penske-Chevrolet of Josef Newgarden and the Rahal Letterman Lanigan Racing-Honda of Graham Rahal simulated the increased weight and revised weight distribution.

RBAT aeroscreen testing will get underway just 10 days after the final race weekend of the 2019 season, with Chip Ganassi Racing-Honda’s Scott Dixon and Penske’s Will Power hitting the iconic Indianapolis Motor Speedway on October 2.

Five days later, Barber Motorsports Park will host Penske’s Simon Pagenaud and the Andretti Autosport-Honda of Ryan Hunter-Reay, a test with added significance for Firestone as it will be the first time that IndyCars have turned laps on the newly resurfaced 2.38-mile road course.

The following Tuesday’s test at Richmond Raceway will again feature Dixon and a Penske driver, on this occasion, Newgarden. Richmond is returning to the IndyCar schedule next year for the first time since 2009.

Frye told Motorsport.com earlier this month: “By Christmas we’ll have enough aeroscreens so that all teams have at least one, but actually we’re hoping that every entry will have one. Obviously we’ll adjust the offseason testing schedule, so there’s a lot more in January.”

Rosenqvist: “IndyCar is the toughest beast yet”