Rinus Veekay, who will today earn IndyCar’s Rookie of the Year title, will remain at Ed Carpenter Racing-Chevrolet for a second season. 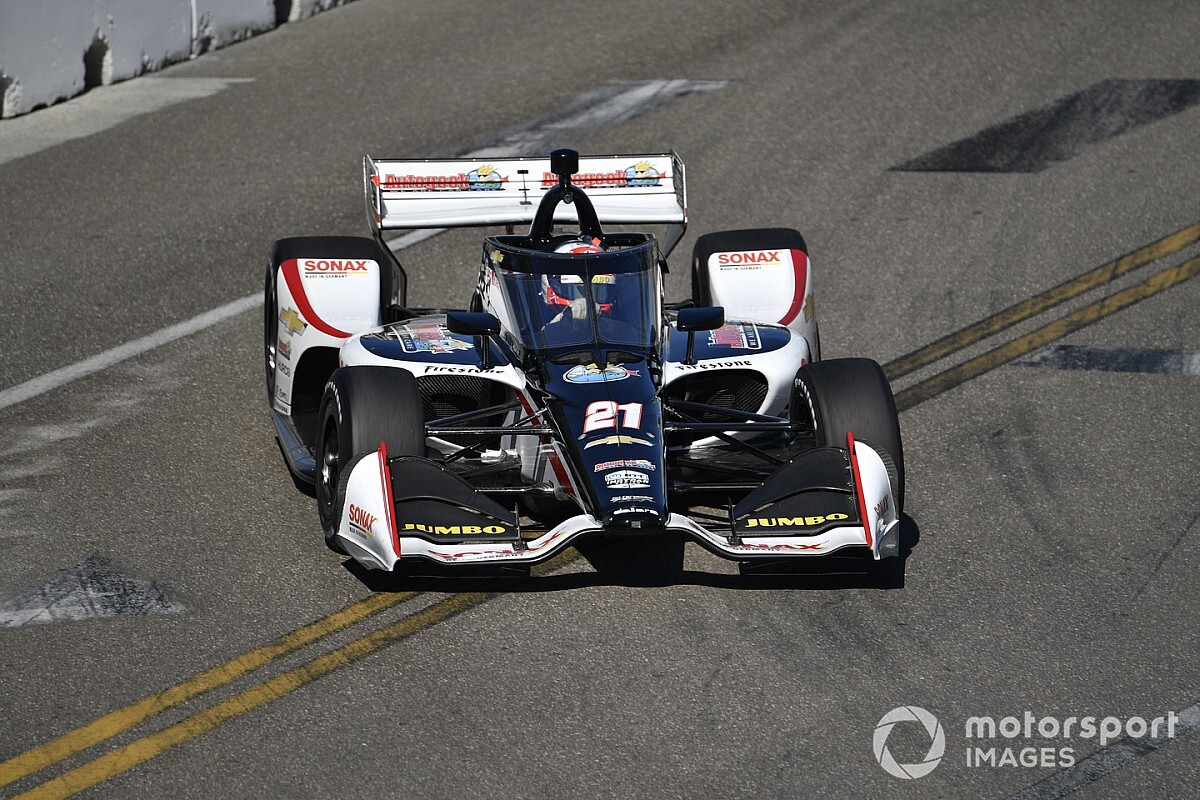 Last year’s Indy Lights runner-up has started turning his pace and aggression into results in recent races and his highlight came in the Harvest Grand Prix’s first race three weeks ago, when he took pole position and went on to claim his first podium.

Now ECR has announced he will remain the full-time driver of the #21 car next season.

“I am very happy to be back with Ed Carpenter Racing in 2021!” proclaimed 20-year-old VeeKay. “I feel like an entirely different driver than I was at the beginning of the year.

“The team has been so patient with me and given me every opportunity to learn as much as possible. I have a great group of guys around me and I can’t wait to have that same amazing support next year.”

By starting fourth in the Indianapolis 500, VeeKay recorded the best qualifying result by a teenager in Indianapolis 500 history. The only Chevrolet-powered driver in the Fast Nine Shootout was also the fastest rookie in the field.

“We have had amazing results and great achievements this year,” VeeKay continued. “There is even more possible next year when we get back to a normal schedule!

“I am really looking forward to doubling my knowledge and not being a rookie! However, there will still be a few new tracks for me with the street courses. I will give it my all and make next season as good as possible!”

Team owner Ed Carpenter commented: “The 2020 NTT IndyCar Series is one that we will never forget. With all the challenges that have been presented – limited track time and schedule changes – we have seen Rinus progress rapidly from the start of the season until now.

“It is clear to us that he has all of the tools to be a winner at this level and we look forward to climbing the podium together!”

ECR’s release confirmed also that it will continue to field two full-time cars next year, with Carpenter driving the #20 ECR-Chevy on ovals. Conor Daly’s future with the team has not yet been finalized.

Carpenter would choose Daly over one of the F1 exiles

VeeKay satisfied in IndyCar, has interest from rival teams

IndyCar’s newest pole-sitter VeeKay: “We can go for the win”