Marcus Ericsson says he is “starting to really show my potential” in the NTT IndyCar Series thanks to self-belief and a renewed focus on qualifying performances.

Ericsson qualified third and finished second in last weekend’s Honda Indy 200 at Mid-Ohio, closing to within a second of winner Josef Newgarden in the final dozen laps.

The former Formula 1 driver started his IndyCar career with what is now the Arrow McLaren SP team, and scored a second place in Detroit, but for 2020 moved to Chip Ganassi Racing. His best results last year were a fourth place and two fifths, and he finished 12th in the championship.

This season, however, Ericsson broke through to score his first IndyCar win at Detroit Race 1 last month, and following his runner-up finish at Mid-Ohio, he currently lies fifth in the championship with six rounds to go.

Asked to reflect on his thoughts on the IndyCar Series in general, he said: “I've enjoyed it since Day 1, to be honest. I think it's a great series. Especially now with the momentum the series has – 26 cars here this weekend, so many good drivers and teams. It's just a great series to be part of.

“Obviously representing a team like Chip Ganassi Racing, as well, it's something that's a big honor. I think from a driver's perspective, it's definitely a lot of fun to race these weekends… It's so close. You need to try to be perfect every weekend. It's not easy with these cars in this competition. I think that's a challenge [and] I at least love that challenge.”

On the topic of his noticeable jump forward in performance in 2021, he said: “This year I'm starting to really show my potential. Together with Brad [Goldberg], my engineer, the rest of the team, we're really starting to hit our stride now. I'm really, really enjoying my time at the moment.

“My first win in Detroit a couple weeks back, it was good for me to get my first win in IndyCar. Since then, I felt really strong. Detroit we had an issue with qualifying. Then Road America, one of the fastest cars in the race. Really good weekend.

“To finish on the podium [at Mid-Ohio], yeah, is definitely good momentum, good for the confidence. I think it showed today that I can really race with the best in the series…

“Confidence is a beautiful thing when you have it. I think I have some good confidence going now. Obviously been working very hard with my engineer, Brad, and then the rest of the #8 car team, but also Dario [Franchitti, four-time IndyCar champion]. Me and Dario have been working hard. We had some meetings leading up to this weekend with Dario and Jim [Hamilton], our performance coach.”

Hamilton, a long-time member of the Ganassi team, focuses on detailed driving performance and analysis, and he and Franchitti have been striving with Ericsson in recent weeks to improve the Swede’s qualifying speed. At Mid-Ohio, the Swede outpaced all his teammates including six-time champion Scott Dixon and current points leader Alex Palou on his way to third on the grid.

“We worked hard to get to where we are now,” said Ericsson, “I think that's the bottom line. Especially in a series like this, when you go up against such great competition, you need to be perfect out there to fight for wins and podiums. Definitely feel like we've taken a step this year. Feel pretty good.”

The fact that Ganassi has three drivers in the top five in the championship Ericsson describes as “a testament to all the hard work that Chip Ganassi Racing as an organization has put in last season, this season. Also the way we work together race weekends, really working hard together to try to improve each weekend.

“I think also us drivers, not just me, but Alex and Scott, with all our experience, really helps me to become a better driver. I feel like we all push each other to be better. I think that's been one of the [reasons] this year that we are so strong – because we have drivers with very different backgrounds, but push each other forward.

“It's been great so far. We need to keep on for the rest of the season.” 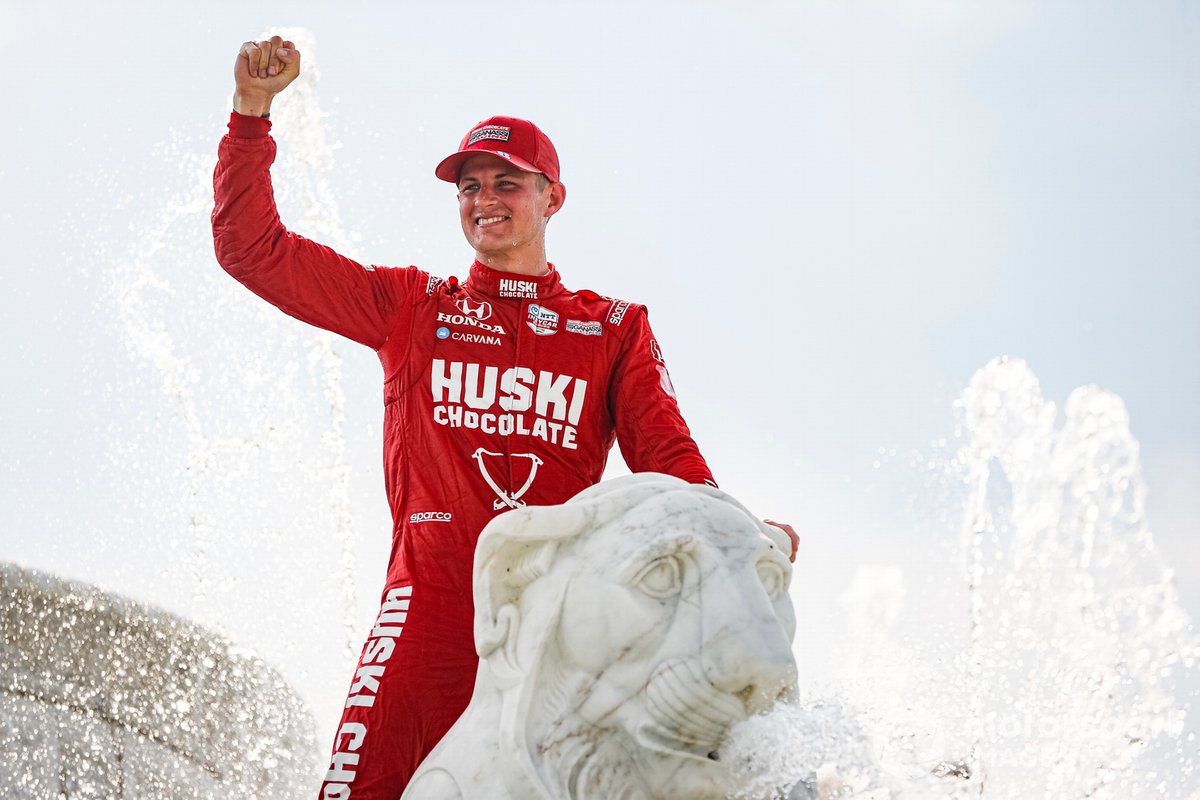 Newgarden: Palou is “most complete” of IndyCar’s new stars