Ericsson uncertain over 2020, but determined to stay in IndyCar 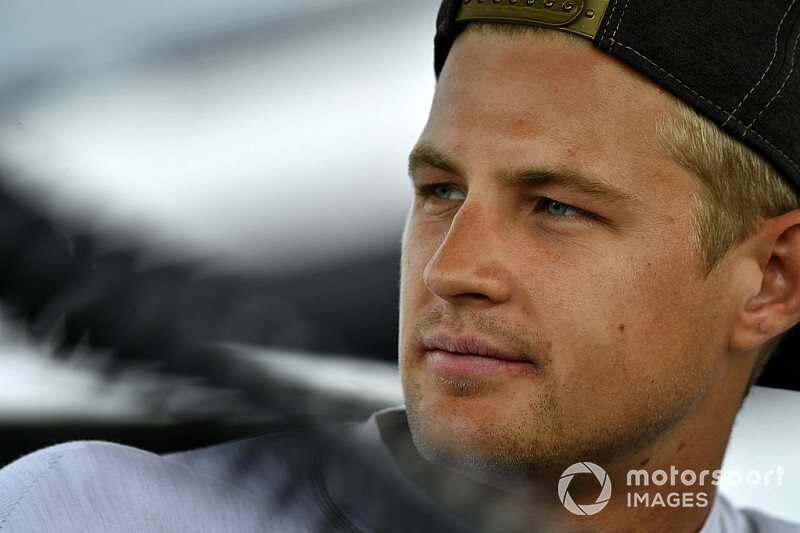 Arrow Schmidt Peterson Motorsports rookie Marcus Ericsson says he doesn’t know if he can stay with the team when it joins forces with McLaren, but admits the final races of this season are crucial for showing he’s worthy of an IndyCar ride.

Ericsson has shown flashes of real promise throughout the season – fastest lap at Toronto, strong drives at Barber Motorsports Park and Circuit of The Americas – but has also adapted very well to ovals.

In morning practice at Gateway’s World Wide Technology Raceway, he was second fastest, and veteran Arrow SPM teammate James Hinchcliffe who struggled in the same session, admitted he adopted the Ericsson’s setup for qualifying, enabling him to qualify seventh.

Ericsson, being one of the early qualifiers, was put at a disadvantage by higher track temperatures and oil-dry down in Turns 1 and 2, and will start 14thfor tonight’s race.

Asked whether he is part of the reformatted Arrow McLaren Racing SP team’s plans for 2020, the former Formula 1 driver replied: “I don't know, to be honest. I think these final races are very important for me. As far as I know the team has not made any decisions on the driver lineup.

“That's all I know. But for me, my goal and my desire is to be in IndyCar next year, 100 percent. I love the series. I love the racing. I want to be here for a long time. That’s my goal.

“For sure, these last three races are going to be very, very important for me.”

Ericsson’s teammate Hinchcliffe also remains surrounded by intense speculation. Although there is a year to run on his Arrow SPM contract, the reformatted team’s deal with Chevrolet for 2020 is problematical for a driver who is part of Honda’s advertising campaigns both in America and Canada.

Several Honda teams appear able and willing to expand to run an extra car for the 32-year-old who has six wins to his name and is arguably the most popular driver in the series.