Ex-Formula 1 driver Marcus Ericsson believes winning a race in his rookie IndyCar season is a realistic goal due to the strength of the Arrow Schmidt Peterson Motorsports team and his compatibility with teammate James Hinchcliffe. 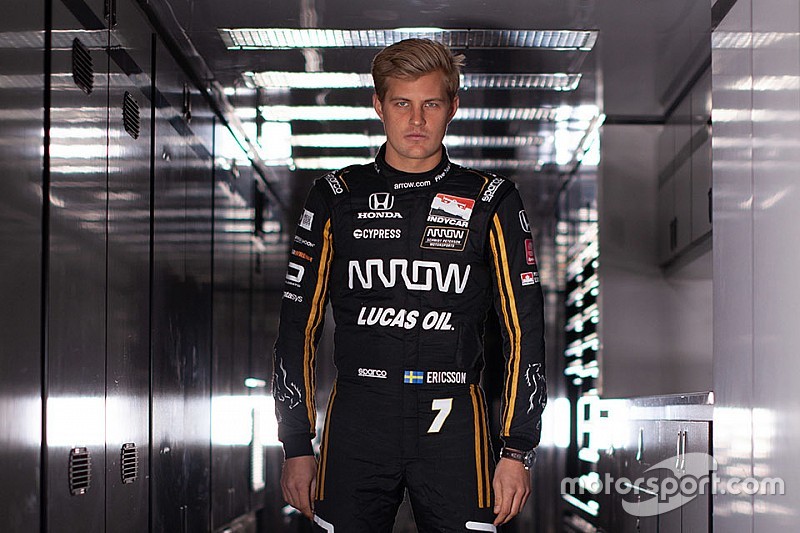 Ericsson, who raced for Sauber in the last four seasons of his five-year F1 career, has completed just two days of IndyCar testing so far, both at Sebring, but says he’s learning with every lap in the #7 Arrow SPM-Honda.

He told Motorsport.com: “My second test was very good, building on the experience I got in December. It was mostly about going through different setups again, to try a lot of different things before we go to St. Pete.

“I’m trying to build up a reference about what each change does to the car and its handling balance. That’s the basic idea – for me to have a reference in my head and also for the team to have a reference for how I react to the setup changes, and what I tend to like and not like. We went through a lot of different things.

“And of course there’s the driving, the basics. Every lap I’m learning more about an IndyCar, because it’s not an easy car to learn. It’s tough to get your head around it and know how to use it in the best possible way.

“But in the last one-and-a-half hours I was really starting to get into the groove, and we had a really good end to the test. I left there with a really good feeling.”

Ericsson echoed Hinchcliffe’s sentiments regarding their surprisingly similar feedback and believes it’s going to be a significant aid to the team as it pushes to turn Arrow Schmidt Peterson into one of the elite IndyCar teams.

“I think it was a very positive surprise that we both give feedback that’s similar and what we want from the car is very similar,” said Ericsson. “It’s always something you wonder about before you’re teammates, because it’s always a big help to the drivers and the team in general if you’re pushing in the same direction.

“That’s going to be great as we go forward into the season because practice sessions are so short. We can try different things and if James finds something that works for him, I know it will probably work for me and the same the other way round. That will speed up the process of creating good setups.”

Ericsson, who scored the first of his three Formula 2 (then called GP2) wins in his rookie campaign, says he is aiming to emulate that feat in IndyCar.

“Winning a race is the goal for sure; it has to be,” he remarked. “I have huge respect for the top guys in this series who have been here a long time, and have experience racing on these types of tracks in this type of car. So I know it will be a big challenge for me.

“But I have a great team behind me and with Arrow stepping up their involvement, that will help the team make another step, so I really feel we have that possibility to win.

“Anyway, I think you always have to aim high in order to achieve something and I’ve set that personal goal – to win a race this year and fight as much as I can up front. It’s a tough target but it’s achievable, I think.”