“Everybody is worried” about new IndyCar in heat, says Kanaan 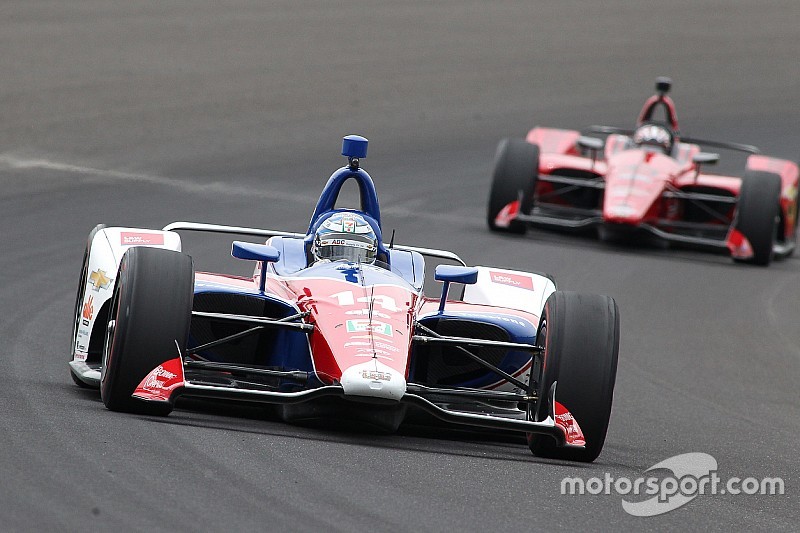 Tony Kanaan says that unlike his victorious run at Indy in 2013, this weekend's race will require drivers and teams to make regular adjustments to the car as they chase "concerning" track conditions in the heat of the race.

Kanaan, who topped this morning’s final one-hour of practice on Carb Day at the Indianapolis Motor Speedway, said: “If you look at our plan for this morning, I said to Eric [Cowdin, race engineer], ‘You know this is not a five-hour session, right, it's an hour session?’ So we're trying different things. I think this is the closest that we're going to get as far as weather for Sunday, so we tried to optimize that and run in the heat conditions and see what are we going to do.”

With raceday ambient temperatures forecast to be around 93degF, Kanaan admitted that the new-for-2018 aerokit has made the car’s sensitivity to heat a worry, but pointed out that none of his rivals have an edge, so everyone is facing the same challenge

“It's concerning,” he said, “but there's not a lot to think about because nobody, nobody, has run in that type of heat. I think every driver you talk to, everybody is concerned because we're going to have to be doing a lot more work with the tools in the car. We have two [anti-roll] bars, front and rear, and we have the weight jacker and we have the front wing.

“I think it's going to be one of those races. I remember in 2013 when I won, I hadn’t made a single change in that car in a single pit stop, not front wing, not tire pressures, nothing. I think [this year] every stop we'll be making a change. And in the middle of the race you're going to think ‘I'm awesome,’ and then it's going to get three degrees hotter, and you're going to go, ‘Where did that car go?’

“Even this morning was the same thing; we went through that exercise, and the car was OK in the beginning, it was OK in the middle, and at the end the temperature started to get hotter and it was a completely different car, and we hadn’t done anything.

“I think it's a good thing. Everybody is really worried, everybody is on the edge. But honestly, it’s going to be probably more of a pure talent [race] – how smart you're going to be with your tools, saving this, saving that, and every engineer making a good car for every driver and we'll battle it out. It's uncomfortable, but I like to be in that place.”

Honda admits it no longer has Indy 500 advantage