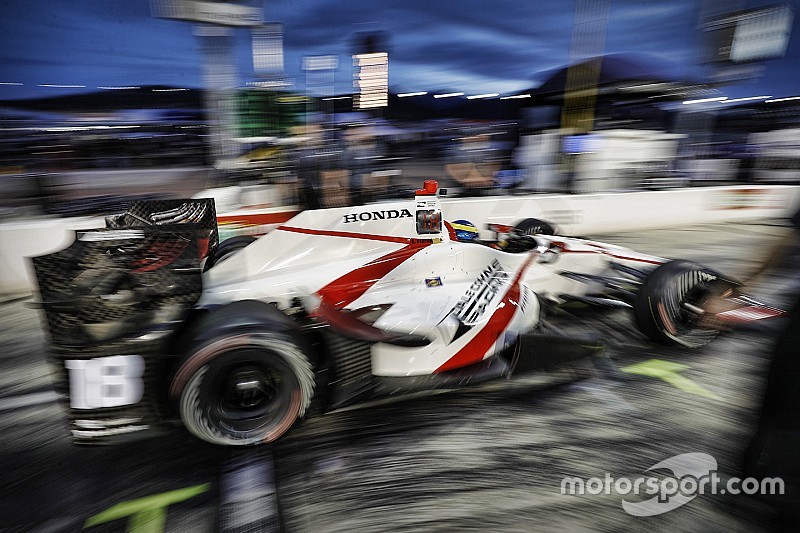 The new right-side IndyCar tires that Firestone Racing has devised for the Phoenix International Raceway have received positive reviews from the drivers, but Firestone is not expecting them to directly affect the racing.

The new right-front and right-rear are the same compound as the tires used here in last year’s race, but they are of different construction in order to offer the drivers more ‘feel’.

Cara Adams, chief engineer and manager of race tire development at Firestone said: “Last year what we ran here was our traditional right-side/left-side combination for short ovals, as used at Milwaukee. But we’ve changed to superspeedway right-side tires – same compound, but a different construction.

“We’ve had a lot of great feedback so far. We spoke to almost all the drivers last night and everyone seemed happy with it – very little tire degradation. Some had 60 laps on them and the drivers said they were very consistent up to about 50 laps.”

Adams said the new tires didn’t reduce the amount of grip but instead “gave the driver a little more feeling of security.”

The heavy steering loads that drivers experienced in last year’s Phoenix race as the track became gripped up, will be reduced as a result of the new tires, according to Adams.

“If anything, the new tires will create slightly more understeer so the steering loads won’t be quite so great,” she said. “It’s hard to gauge the consistency over a race distance at the moment because we haven’t seen a lot of running in traffic yet.”

Adams added that the tire combination for Phoenix will also apply at Gateway Motorsports Park, which returns to the IndyCar schedule in late August.

“We tried a lot of configurations when we tested there,” she said, “and the one that worked best was the same one we’ve chosen for here. We tested at Gateway on October 13th and then back here at Phoenix on the 18th, so it was nice to have those back to back. Temperatures were a little bit different to when we raced, but we used increased turbo boost to get as much as we could from the test.”

Iowa will remain a combination of an “Indianapolis-style left-side and a true superspeedway right-side.”