Firestone Racing’s Cara Adams says the Akron, OH.-based company has its compound ready for the 2019 IndyCar finale at WeatherTech Raceway Laguna Seca, but is also preparing for the new demands caused by the weight of 2020’s mandatory aeroscreens. 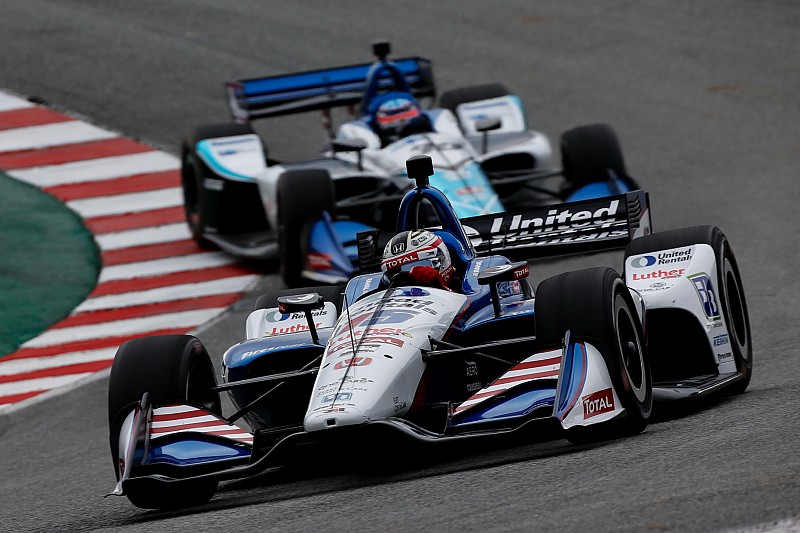 With Laguna Seca returning to an Indy car racing schedule for the first time since Champ Car held a round at the 11-turn, 2.238-mile track in 2004, the NTT IndyCar Series teams were granted an open test there in February, just before heading to Circuit of The Americas for Spring Training.

However, with the ambient temperature on the Monterey peninsula barely creeping past the 55degF mark in the 4hr30min morning session, and the afternoon session rained out before it had even started, there is currently a dearth of on-track information for the majority of companies involved, including Firestone.

Nonetheless, Adams, chief engineer for Bridgestone Americas Motorsports, says the company was able to complete a track scan and also drew on data from the previous race there.

“The February test at Laguna Seca was a little bit difficult to learn from,” she told Motorsport.com. “We brought the Barber [Motorsports Park] primary specification for the teams but the track was very dirty, it was cold and then it rained.

While the off-camber corners at WTR Laguna Seca and the track surface are part of what makes it comparable to Mid-Ohio, it shares a different characteristic with the mid-California track it replaced on the schedule, Sonoma Raceway.

“One of the difficulties is that it is very sandy in the area, similar to Sonoma,” said Adams, “and when the wind picks up you get sand on the track and it completely changes. So that’s going to be something the drivers struggle with over the course of the weekend: whether the track is clean or rubbered in or sandy, it’s going to change the performance of their cars.”

The season finale will effectively be a four-day event, with Thursday used as an open test day. Thus Firestone will be bringing almost 2300 tires out west. The race will be 90 laps.

Adams also explained that Firestone would not be deciding on 2020 tire construction changes until it had examined evidence from a real aeroscreen test, and then consulted with IndyCar, the teams and the manufacturers.

There have been misgivings expressed by some engineers over what Firestone’s current breed of front tires can cope with given the increased weight and revised weight distribution caused by the aeroscreens, although IndyCar president Jay Frye tried to allay those concerns to Motorsport.com last weekend.

“As you know, we haven’t actually tested with the aeroscreen in place,” said Adams. “We’ll see that on Oct. 2 at Indy for the first time, then in testing the next week at Barber Motorsports Park as part of the track’s repaving test, and then the week after that at Richmond Raceway [which will be returning to the IndyCar schedule for the first time in 11 years]. All three of those tests will be done with an aeroscreen so we’ll be able to gather actual data.

“When we tested [with Josef Newgarden and Graham Rahal] at Texas Motor Speedway, we tested with simulated weight. One car had the weight moved higher and increased, to move the center of gravity forward and up, and on the other we just added weight. The aeroscreen does appear to add a good deal of weight and steering into the right-front tires, so it’s something we’re looking at.

“Without having all of the data yet, it’s difficult to make a decision but we have lots of great resources – teams, drivers, Honda and Chevrolet – and we’re looking at that simulation data to understand more. You’ll likely see some construction change for the right front or probably both right-side tires. It may be a small change, it may be a larger change – it’s something we’re still looking at. We’ll likely go back and test at Texas once we have the actual aeroscreen. But we have those other tests coming up first.”

Regarding the possibility that Firestone might have to change its front tire dimensions, Adams insisted: “Until we get a car out on the track with the aeroscreen in place, we’re not going to see the full impact. It could require something as small as a minor construction change, we could be looking at a size change. That’s something we’ll have to continue to study and investigate; it’s truly a work in progress and our team in Akron is hard at work analyzing simulation data and then there’ll be a lot of work after the actual aeroscreen tests.

“Based on the fact that the effect on front tires on street course is much lower than we’ll see on ovals or road courses, that’s where we would start with our tire designs and building for 2020. For the others, we will have very quick transitions from doing our on-track tire testing to actually ordering production tires.”

IndyCar standing starts “not a priority” for 2022 regs