Franchitti, Forsythe, Kalkhoven to be inducted into Long Beach Motorsports Walk of Fame

LONG BEACH, Calif. -- Three motorsports legends with a history of checkered flags at the Toyota Grand Prix of Long Beach – driver Dario Franchitti and owners Gerald Forsythe and Kevin Kalkhoven – will be inducted into the Long Beach Motorsports Walk of Fame on Thursday, April 10.

The public is invited to the free, ninth annual induction ceremony, which will be held at 11 a.m. on South Pine Avenue in front of the Convention Center, along the route of the Toyota Grand Prix of Long Beach. 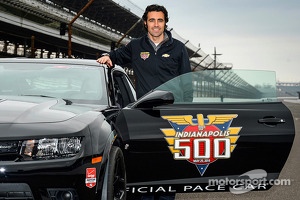 “Dario Franchitti, Gerald Forsythe and Kevin Kalkhoven have made legendary contributions to the field of motorsports, and they have truly earned their place on the Motorsports Walk of Fame," said Mayor Bob Foster, who will be presenting medallions to the honorees. “These three honorees have tremendous accomplishments, here in Long Beach and around the world.”

Kalkhoven’s KV Racing Technology, which he co-owns with Jimmy Vasser, was the winning owner of the 2008 Toyota Grand Prix of Long Beach with driver Will Power. Kalkhoven’s team was also the winner of the 2005 Atlantic Championship Race here, as well as the 2013 Indianapolis 500 with driver Tony Kanaan. Several other notable drivers have driven for Kalkhoven, including Paul Tracy, Simona de Silvestro, Cristiano da Matta, Oriol Servia, Takuma Sato and Rubens Barrichello.

Kalkhoven’s and Forsythe’s investments in motorsports go beyond owning teams. Forsythe, Kalkhoven and Paul Gentilozzi created the Champ Car World Series when CART folded after the 2003 season, and in 2005 Forsythe and Kalkhoven purchased the Grand Prix Association of Long Beach and have maintained the success and appeal of the pre-eminent street race in North America.

The Walk of Fame medallions include renditions of the racers' cars and their major achievements in motorsports.

Huertas among four rookies in opening race at St. Pete