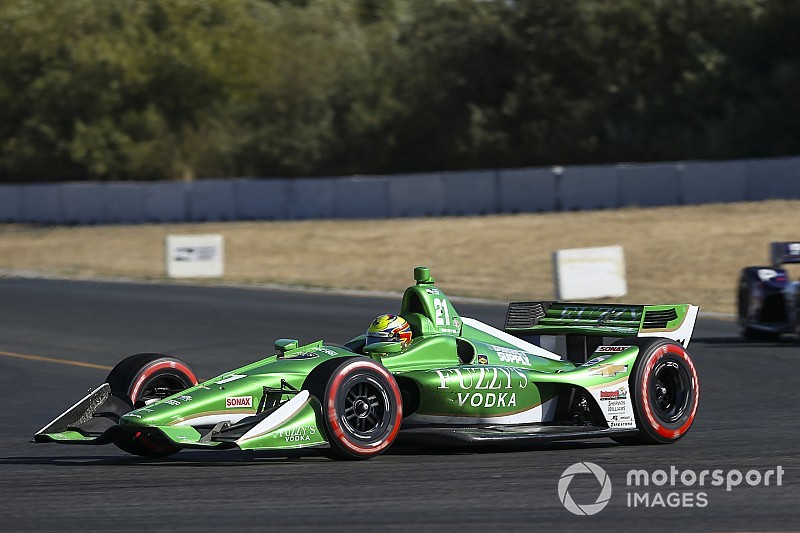 After seven years as principal sponsor of Ed Carpenter Racing’s IndyCar team, Fuzzy’s Vodka has ended its relationship with the team.

Carpenter, who next year will run Spencer Pigot in the #21 car and share with Ed Jones the #20 car which is backed by Scuderia Corsa, has delivered five victories and 11 other podiums for Fuzzy’s as team owner, and has also put the car on pole three times for the Indianapolis 500.

However, the brand has now chosen to focus its marketing efforts in arenas outside of motorsport.

Said Carpenter, “I am very appreciative and proud of the relationship between ECR and Fuzzy’s, really going back to before the team began. It has been a good run and I wish them nothing but the best with their future endeavors.

“Tony George, Stuart Reed and I started ECR together back in 2012 and we are still as committed now as we were then to winning Indy 500s and competing for IndyCar Series championships. Our plans for 2019 and beyond remain unchanged and I cannot wait to see what we accomplish together moving forward.”

As well as the 12 road and street course events, Jones will race for ECR-Scuderia Corsa in a third car, the #64, at the Indianapolis 500. Jones finished third in his first attempt at the 500 in 2017 with Dale Coyne Racing.

Rossi thrilled by IndyCar at Circuit of The Americas