Tony Kanaan’s 20th run in the Indy 500 will come at the wheel of an American Legion-sponsored #48 Chip Ganassi Racing-Honda.

The car was revealed in a series of videos featuring 2013 Indy winner Kanaan and the driver who is due to pilot the #48 in all the road and street course races this year, seven-time NASCAR Cup champion Jimmie Johnson.

“I’m excited to work with The American Legion this year,” Kanaan said. “Jimmie and I had some fun filming the unveil videos.

“This livery is really sharp looking, and I’m so happy to be running my 20th Indianapolis 500 in it. The American Legion is an important resource for veterans in helping make sure they get the benefits they have earned through their service, and I am proud to represent them, and all veterans.”

The American Legion, the nation’s largest veterans service organization, is using its presence in the NTT IndyCar Series to elevate awareness and introduce a new modern brand expression before millions of fans. The new logo will not replace the historic American Legion emblem, but rather complement it by honoring the history, heritage and symbols which Legionnaires hold dear.

“Just like each one of our military branches, The American Legion will always have and utilize our traditional seal which has deep meaning to each and every Legionnaire,” said Dean Kessel, chief marketing officer for The American Legion.

“Our new marketing logo on the #48 Honda livery looks fantastic and provides a modern and contemporary expression for the brand. The American Legion name is clearly visible and honors our nation’s veterans while still honoring who we are as an organization.”

The American Legion will prominently feature on the car during every race in the 2021 and 2022 NTT IndyCar Series, and will be the primary colorscheme at not only Indy this year but also the second race in the Texas Motor Speedway double-header on May 2.

Ganassi’s release continues: “Throughout the year, The American Legion will use the series and national TV exposure to bring attention to some of the most important issues facing today’s veterans, including veteran suicide, honoring the fallen and remembering the service and sacrifice rendered as a result of 9/11 and other topics.”

For more information on The American Legion and its NTT IndyCar Series participation, visit Legion.org/48. 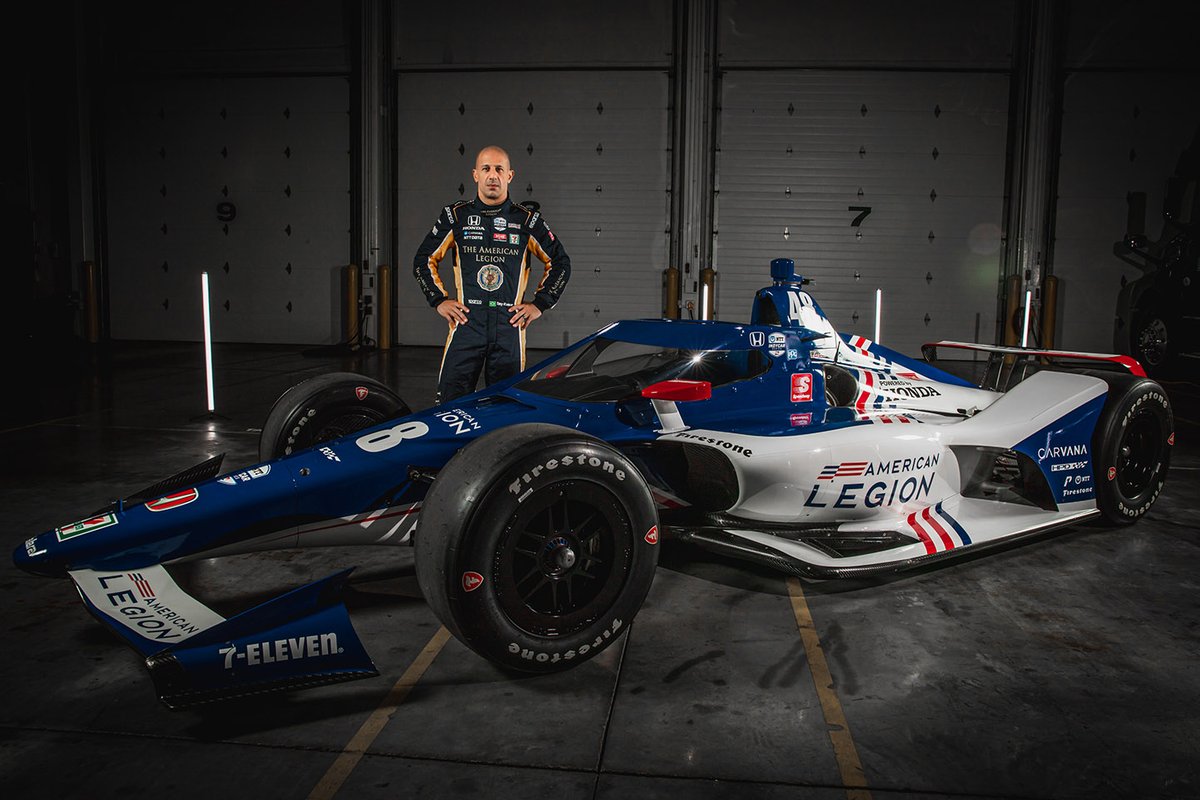 VeeKay has big shunt in opening minutes of Indy 500 test