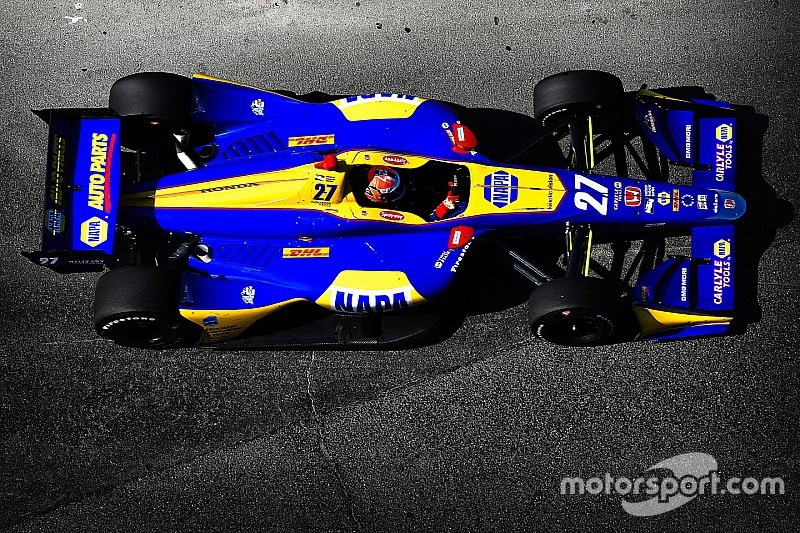 An impressive qualifying sim saw championship challenger Alexander Rossi put his Andretti Autosport-Honda at the top of the speed charts at Gateway Motorsports Park, but track moisture and rain sprinkles kept green-flag time to only 22 minutes.

The session, which had been delayed by more than three hours, was not entirely representative, in that the Penske drivers only seemed to find a clear track after several laps on their tires, and wound up only 10th through 12th, but Andretti Autosport’s test here four weeks ago might still have left them top.

Ryan Hunter-Reay was sixth fastest ahead of Ed Carpenter Racing’s Spencer Pigot, with rookie Zach Veach in eighth ahead of James Hinchcliffe in the solo Schmidt Peterson Motorsports entry followed by the three Penske entries.

IndyCar has elected to forego qualifying and set the grid by entrant points, allowing time for a second practice before the K&N NASCAR race this evening.