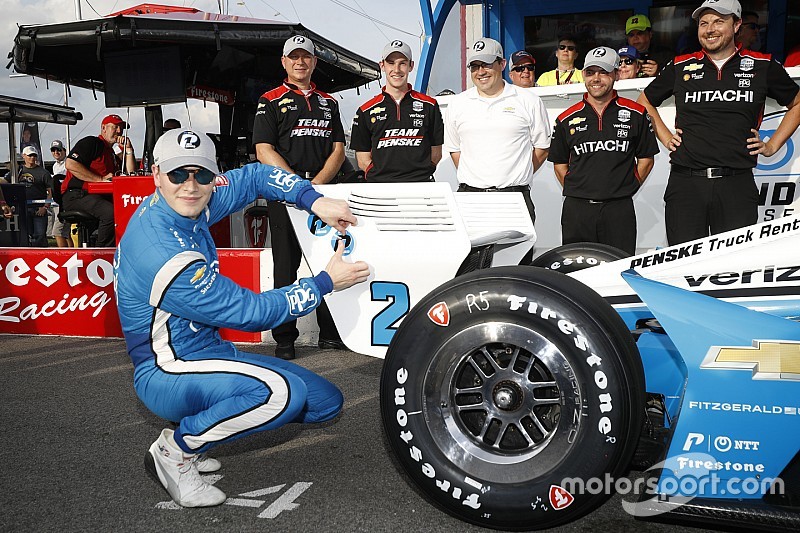 Josef Newgarden took his eighth career IndyCar pole and his second of the season at World Wide Technology Raceway, while his closest title rival Alexander Rossi will be starting Saturday night’s race from the inside of the sixth row.

Team Penske-Chevrolet’s 2017 champion – and 2017 winner here at Gateway – set a two-lap average of 186.508mph to beat Sebastien Bourdais of Dale Coyne Racing with Vasser-Sullivan by just under 0.6mph, which equates to 0.15sec around the 1.25-mile oval.

Several drivers were annoyed by the speedy-dry cement which had been thrown down in Turns 1 and 2 to soak up oil from the vintage Indy cars that had been lapping in the previous hour. But both Bourdais and Coyne teammate Santino Ferrucci appeared largely untroubled, the rookie backing up Bourdais’ performance with sixth on the grid.

Scott Dixon felt his Chip Ganassi Racing setup took too long to work his tires up to temperature and was disappointed with eighth, two spots ahead of rookie teammate Felix Rosenqvist.

The pair were separated by the fastest of the Andretti Autosport-Honda drivers, Ryan Hunter-Reay, but Rossi, now 36 points behind Newgarden after the Pocono shunt last week, will start only 11th, alongside semi-teammate Colton Herta.

Graham Rahal had a wild moment on the cement dust and had to back off, which explains why he is down in 16th, while Marco Andretti had an even worse moment, forcing him to back off the throttle to keep his car off the Turn 2 wall, and so will have to start at the back.