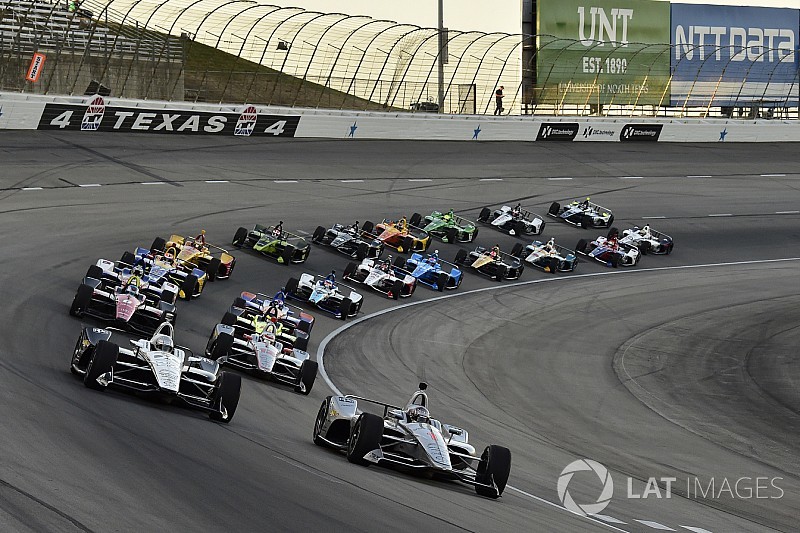 Eddie Gossage, president of Texas Motor Speedway, says he believes he and IndyCar can find “common ground” in order to renew their contract which ends this season.

This year’s IndyCar race at Texas Motor Speedway, the DXC Technology 600, appeared better attended than in recent years, but was the last in TMS’s current contract with the series.

“Outside of Indy, we’ve been continuously hosting IndyCar races longer than any other venue. In fact we’ve run 30 over the last 22 seasons.

“Like in all of our previous sanction agreements with IndyCar, we’re looking to make a business deal that makes sense. I suspect we will reach common ground.”

Gossage is known to be eager for his race to run on the weekend after the Indianapolis 500, a position currently occupied by Roger Penske’s Belle Isle, Detroit double-header.

One series insider told Motorsport.com that should Gossage not get the date he wishes, a new agreement with IndyCar would likely be contingent upon a lowering of the fee that TMS pays for hosting a race. Steve Page, president of Sonoma Raceway – another SMI track – told Motorsport.com yesterday that is what he had sought in discussions with IndyCar in order to offset the expense of the race. He said hosting an IndyCar race had been a money-loser ever since the track lost its Infineon Technologies sponsorship in 2012.

So when IndyCar was able to confirm a three-year deal with WeatherTech Raceway Laguna Seca starting in 2019, the combination of the expense of hosting IndyCar and the 150-mile proximity of the two tracks prompted Page and SMI to pull the plug on Sonoma’s IndyCar event after next September’s race.

IndyCar’s perspective on Texas and more

On that subject of track proximity, a ‘radius clause’ – which would prevent IndyCar from holding another race within a certain distance of TMS – will also be a major point of discussion in contract negotiations between Gossage and the series.

While Circuit of The Americas has often been cited by media and fans as an obvious venue for an IndyCar race, Motorsport.com has learned that the potential for a San Antonio street race – a subject first broached by the Indy Racing League more than a dozen years ago – has returned to IndyCar’s list of potential sites. Oklahoma City is another venue that has been investigated by IndyCar and would fall within Texas Motor Speedway’s current non-compete radius.

Mark Miles, CEO of Hulman & Co., the company that owns IndyCar and Indianapolis Motor Speedway, told Motorsport.com that he hoped IndyCar could race at TMS, but added that discussions would require compromises on both sides.

“We want to see whether we can continue with Texas Motor Speedway, and that’s a two-way discussion. It shouldn’t be a case of either side saying, ‘Here’s the price, take it or leave it.’

“But our perspective is that we’d like to keep Texas Motor Speedway on the schedule and we’re not inflexible over these matters. We’re ready to sit down and talk, because we certainly have no plans to get rid of TMS and do something else instead.

“We look forward to our next discussions with Eddie and I hope we can work something out. He may tell us to go pound sand, or he may want to get into the details, and we’re definitely up for that kind of conversation.”

With Phoenix’s ISM Raceway being deleted from the IndyCar schedule for next season after an unsuccessful three-year return, it’s become a matter of some importance for the series to add at least one more oval to its roster and Richmond International Raceway has emerged as one of the favorite candidates.

However, Miles was non-committal on the subject of the D-shaped 0.75-mile International Speedway Corporation-owned track returning to the IndyCar schedule for the first time since 2009.

He said, “Sure, Richmond is one of the tracks we have been talking to, and it could be a good track for us, but it’s absolutely not true that we have a deal in place whereby they’re definitely coming on to our schedule. It’s early days on that one.

“What I can say is that whichever tracks we go to, I think we’re going to end up with a better schedule for next year than we had this year. I certainly hope to fill the [month-long] gap between the first and second rounds of our season. We don’t want to start the season, then go away and come back.

“We want some continuity and I already have draft schedules – including deals that are not yet finalized – which give us precisely that. But like I say, it’s early days.”

Bryan Herta: There is “real interest” in Colton within IndyCar