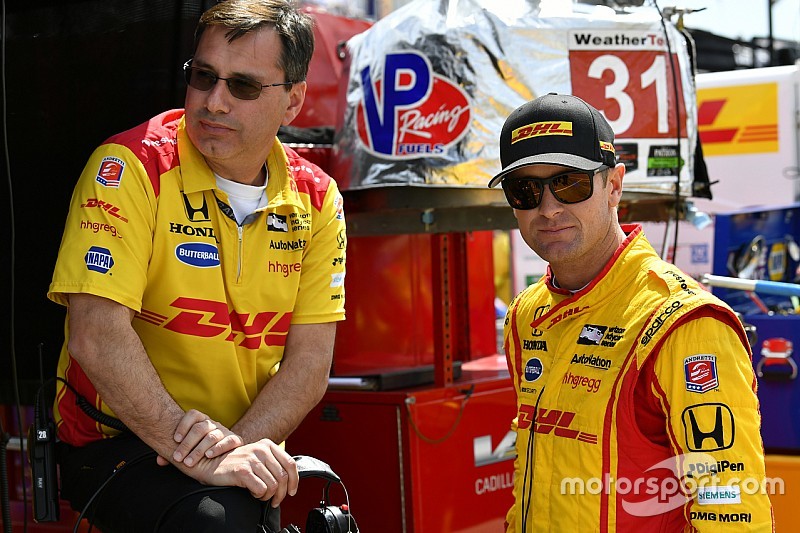 Ryan Hunter-Reay’s long-time race engineer Ray Gosselin has dismissed speculation that he was ever tempted to leave Andretti Autosport to join McLaren and engineer Fernando Alonso’s second shot at the Indianapolis 500.

Motorsport.com has learned that McLaren will soon confirm that Andy Brown, who has a quarter-century of Formula 1 and IndyCar experience, is to head up the engineering on Alonso’s McLaren-Chevrolet at Indy.

But regardless of that, Gosselin – who has worked with Hunter-Reay at Andretti Autosport since 2010, winning the ’12 series championship and ’14 Indy 500 together – said that ditching a fulltime race engineering role for a one-off Indy entry was not an option.

“I don’t know what happened,” he told Motorsport.com, “but last weekend someone wrote something on a website somewhere.

"I can only imagine that maybe he misunderstood something Zak Brown [McLaren CEO] had said – and suddenly I get texts and phonecalls and emails about this story that links me with McLaren. I didn’t even know what they were all talking about.

“Obviously I got to know Fernando a little from when he raced with us at Indy in 2017, and I did engineer his test for us at Barber [Motorsports Park] last September, but that’s the only connection we’ve had.

“Anyway, I signed with Andretti Autosport a while ago, I’m very happy to be here, and I’m going to be with Ryan again. We’re entering our 10th season together, I’m excited about it and as far as I know, he’s excited about it. We can’t wait to get started.”

Last year, Hunter-Reay ended a two-season victory drought with triumphs in Detroit and the season finale at Sonoma, earning himself fourth place in the championship and Gosselin believes this is encouraging for the entire #28 side of the four-car Andretti Autosport team heading into 2019.

“I think we had a really strong season last year,” he said. “I think we could have finished better in the championship, and there’s some easy things to latch onto to explain that and some not so easy ones. But we’re pretty energized by what happened and we’re looking forward to see what we can achieve this year.

“We’re both hungry, and finishing the season with a win is always good.

“Scott Dixon and Ganassi proved there’s a lot to be said for being consistent – and Scott’s not exactly slow, either. He’s fast and consistent and that’s a tough combination to beat. But at times we had the speed but for whatever reason we had five or six races we didn’t finish.

“Some of those things were in our control, some weren’t, but if we fix the ones that we can and find the next increment of speed wherever we were lacking, then we can at least keep pace and then hopefully surpass the guys we’ll be racing for the championship.”