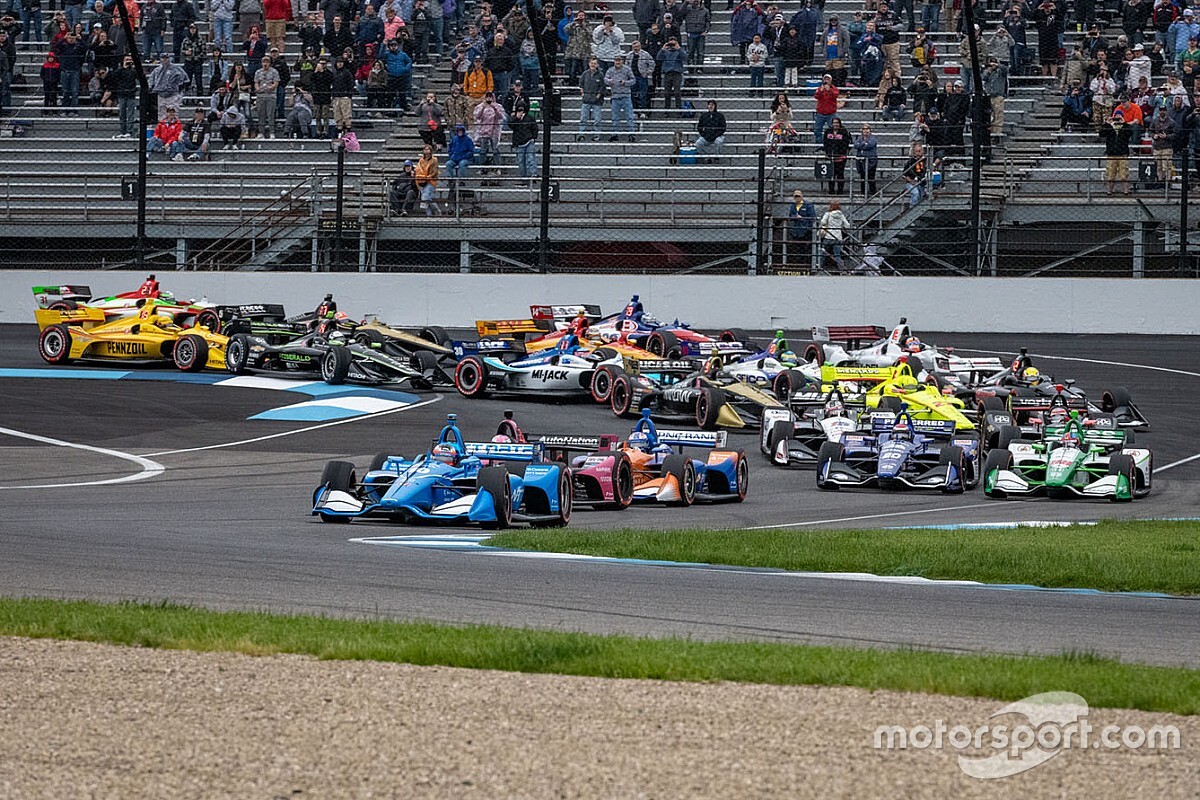 All you need to know ahead of the second round of the 2020 NTT IndyCar Series – the GMR Grand Prix of Indianapolis on the road course at Indianapolis Motor Speedway. 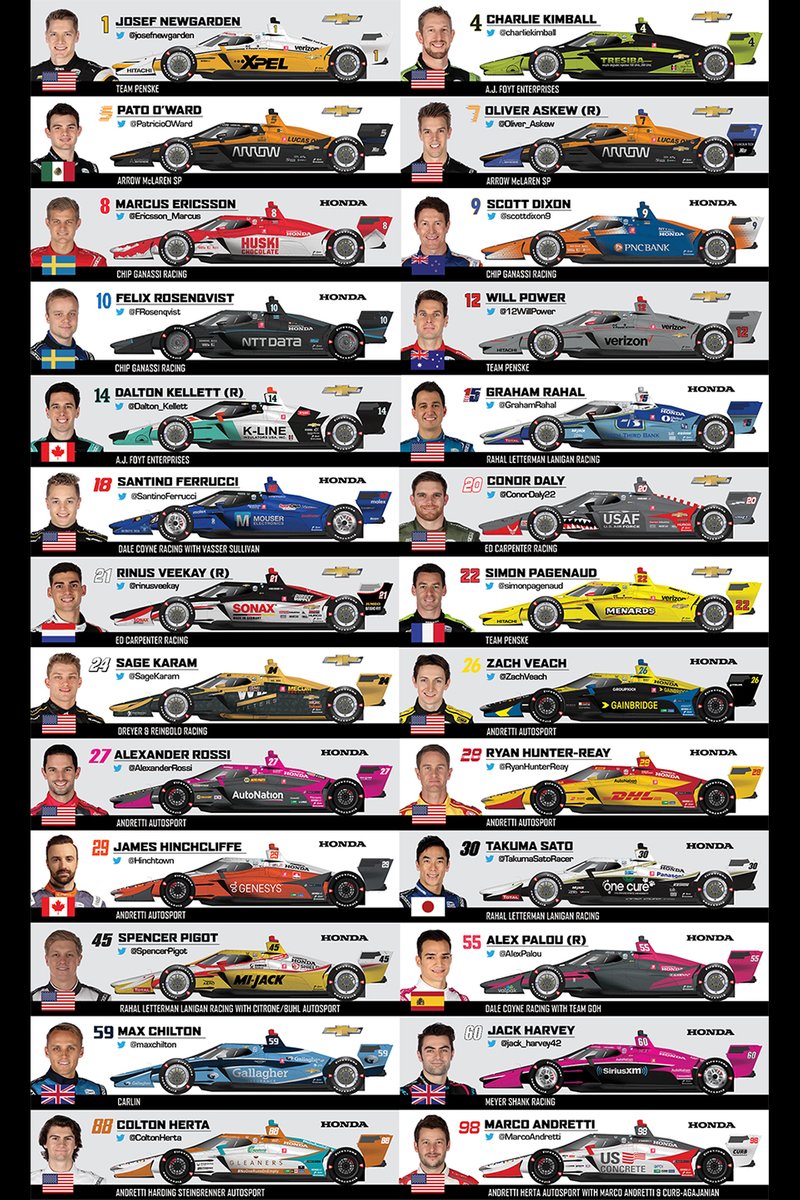 Firestone tire allotment: Seven sets of primary tires to be used during practice, qualifying and the race, with rookies getting one extra set. These are the same construction as used in the 2019 race at Barber Motorsports Park but the same compound as at last year’s GP Indy.
Each car has four sets of alternates – the red-sidewalled softer compound – but they are tougher than last year’s reds at GP Indy, and instead comprise the compound used at last year’s WeatherTech Raceway Laguna Seca.
Each car has five sets of rain tires available.

This will mark the seventh time that the IMS road course has hosted an IndyCar race, and the event’s only winners are Simon Pagenaud and Will Power, with three victories each. Pagenaud won the inaugural event for Schmidt Peterson Motorsports – now known as Arrow McLaren SP – while he and Power have won the last five for Team Penske.

Power (2018) and Pagenaud (2019) completed the IMS double by winning GP Indy and the Indianapolis 500 in the same year. Due to the coronavirus pandemic-enforced revisions to the 2020 NTT IndyCar Series calendar, this year will offer drivers a rare chance to go for an IMS triple, since the road course is currently set to also host the penultimate round of the season, the Harvest Grand Prix on Sunday, October 3.

Power has started the GP Indy from pole on three occasions, while Sebastian Saavedra, Pagenaud and Felix Rosenqvist each earned P1 on a single occasion.

Tony Kanaan’s record streak of 318 consecutive race starts, which began in June 2001 at Portland, will end this weekend as the #14 AJ Foyt Racing car is taken over by rookie Dalton Kellett. Of the active drivers, Scott Dixon is closest to Kanaan’s tally having made 259 consecutive starts heading into the weekend, while Andretti Autosport’s Marco Andretti has made 235 consecutive starts.

There are four rookies in the field – the aforementioned Kellett who is making his IndyCar debut, Oliver Askew (Arrow McLaren SP-Chevrolet), Alex Palou (Dale Coyne Racing with Team Goh-Honda) and Rinus VeeKay (Ed Carpenter Racing-Chevrolet). Both Askew and VeeKay have won races here, however – the former in USF2000, the latter in Indy Lights.

The 2013 Indy Lights champion, Sage Karam, will be making his first start on this track as Dreyer & Reinbold Racing-Chevrolet returns to road course racing for the first time since 2013. 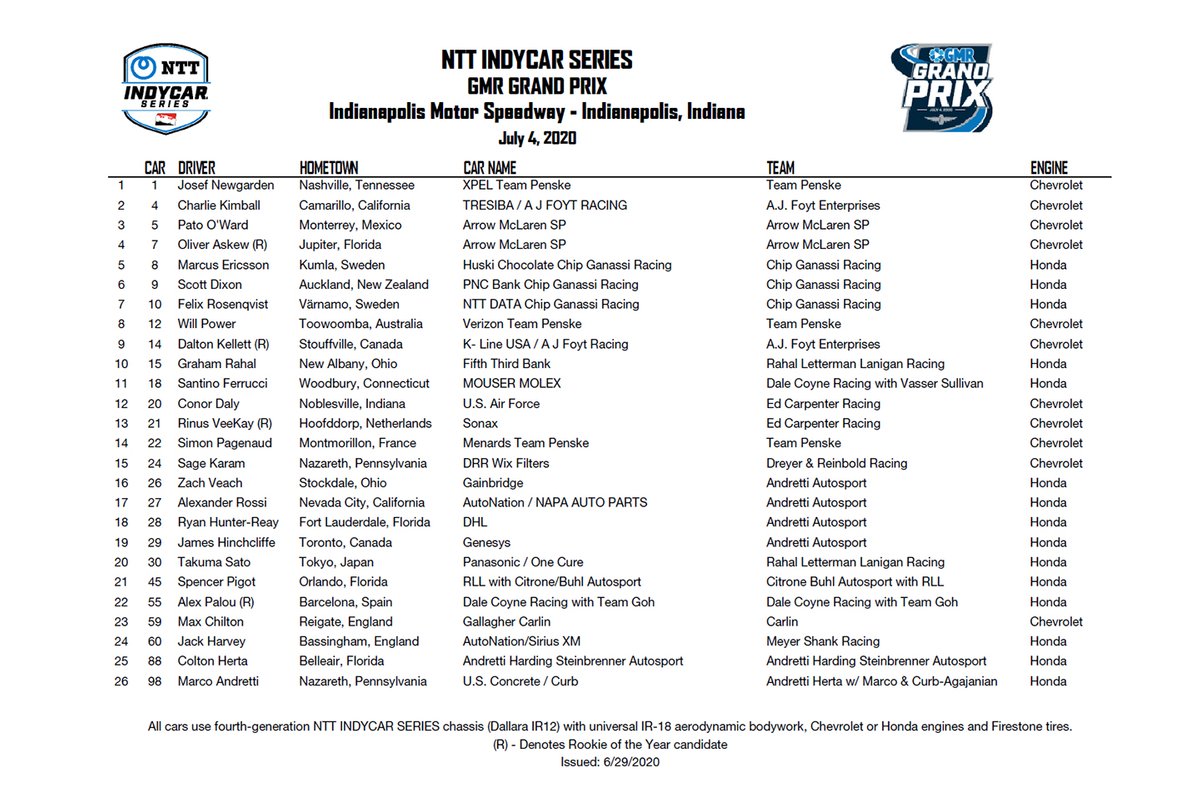